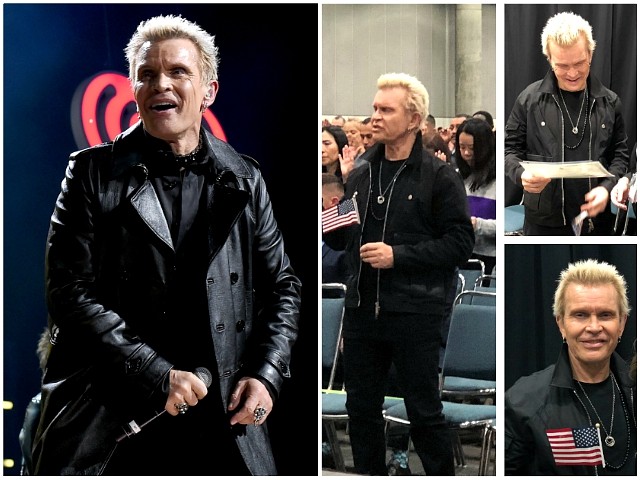 “It’s a nice day for a naturalization ceremony. Congratulations Billy Idol on becoming a #newUScitizen today in Los Angeles, CA,” the U.S. Citizenship and Immigration Services tweeted, accompanied by photos from the ceremony.

As noted by the U.S. Citizenship and Immigration Services, some of the requirements for becoming a naturalized citizen include being a “permanent resident (have a ‘Green Card’) for at least 5 years; be able to read, write, and speak basic English; be a person of good moral character; and demonstrate an attachment to the principles and ideals of the U.S. Constitution.”

However, according to the Federation for American Immigration Reform, there are currently an estimated 12.5 million illegal immigrants residing in the United States, although exact figures are almost impossible to reveal due to the nature of the problem.

One of the causes of illegal immigration remains people crossing through the southern border with Mexico. Just this week, a caravan carrying thousands of Latin American migrants plans to gain access to the country by claiming asylum, with some already having arrived at the border to begin their asylum requests.

Idol, meanwhile, recently announced his latest residency, a 10-show run that will take place at the Palms Casino Resort in Las Vegas from early next year.