I continue to see that my friend Dr. Jerry Corsi is being harassed by the Special Counsel, not for lying, but for refusing to lie.  It is inconceivable that in America someone would be prosecuted for refusing to swear to a false narrative pushed on him by the Muller investigators.  As Jerry just told OAN, he did not recall the specific details of what the Special Counsel “Gestapo” put in front of him and did not willfully or knowingly lie to them. Jerry is a meticulous researcher, this is what he does, he connects the dots to draw conclusions.  It is what every good investigative journalist does.  If Jerry ever deduced that Mr. Podesta’s emails had been purloined and would be published by WikiLeaks, he did not share that conclusion with me.  My first ever communication of any kind with Jerry about the Podesta emails was after WikiLeaks published them.  Prior to that, our discussions had been limited to the research he had been doing on the money and business ties that the Podesta brothers had with Russian interests.  Jerry has steadfastly maintained, and written extensively about, his deep dive into the Panama Papers published in April 2016 and the July 2016 Government Accountability Institute report “From Russia with Money” which prominently featured a detailed accounting of John Podesta’s ties to Russia.  I never received advance notice, from anyone, that Podesta’s emails had been “nicked “ as the Brits would say and would be published. Any and all research I received from Dr’ Corsi came from public legal sources. As Dr. Corsi has said I have no knowledge of any contact or Communication with Julian Assange or Wikileaks by Dr. Corsi

A prominent rightwing conspiracy theorist with links to a longtime ally of Donald Trump claimed on Monday he had rejected a plea deal offered by the special counsel Robert Mueller. 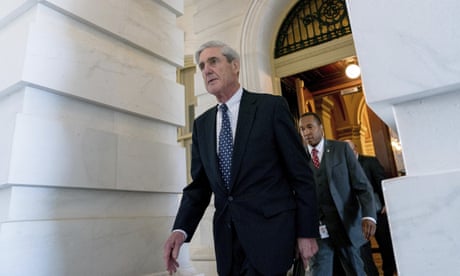 Jerome Corsi, who has connections to the Trump adviser Roger Stone, told MSNBC he had been offered a deal if he pleaded guilty and cooperated with investigators, but had resolved not to take it.
The NBC producer Anna Schecter tweeted that Corsi told her he had been offered a deal on one count of perjury. According to Schecter, he said: “They want me to say I willfully lied. I’m not going to agree that I lied. I did not. I will not lie to save my life. I’d rather sit in prison and rot for as long as these thugs want me to.”

n Assange had been the focus of the Mueller team’s questions.

According to the New York Times, prosecutors presented Corsi with evidence based on text messages and emails that he had not been truthful about his prior knowledge of the WikiLeaks dump of stolen emails.

The latest twists came on a day when the Mueller investigation was moving forward on several fronts.

The former Trump policy aide George Papadopoulos arrived at a federal correctional institution in Oxford, Wisconsin to begin his two-week sentence after a judge rejected a last-minute attempt to delay his incarceration.

Papadopouloswas sentenced in September for lying to the FBI in the Russia investigation. He had sought a postponement of his prison term until an appeals court rules in a separate case challenging the constitutionality of Mueller’s appointment.

But in a 13-page opinion on Sunday, US district court judge Randolph Moss said Papadopoulos had waited too long to contest his sentence.

Papadopoulos triggered the initial Russia investigation. Memos written by House Republicans and Democrats and now declassified show information about Papadopoulos’s contacts with Russians set in motion the FBI’s investigation in July 2016 into potential coordination between Russia and the Trump campaign.

That investigation – kept secret by the FBI until after the election – was taken over by Mueller when the FBI director, James Comey, was fired by Trump.

Mueller’s team was also due on Monday to update a judge on the status of the former Trump campaign chair Paul Manafort’s cooperation with investigators.

Manafort was found guilty of bank and tax fraud charges in one trial, then pleaded guilty to charges including money laundering and tax fraud related to acting as an unregistered agent of a foreign government.

He is due to be sentenced on 8 February, but that hinges on whether he is still working with investigators and whether they might need to call him as a witness in a new prosecution.

In Washington, Trump returned from Thanksgiving to complain bitterlyabout the Mueller investigation and its failure to talk to “hundreds of people closely involved with my campaign who never met, saw or spoke to a Russian”.

The president insisted that in his final report, Mueller should admit “all of his conflicts of interest”. He did not detail what he believes those conflicts are.