Former AG Gonzales: 'I Have a Problem' With Mueller Team If 'Perjury Traps' Are Being Set

Former Attorney General Alberto Gonzales said that it'd be "unfair" and "unprofessional" for the special counsel's team to set perjury traps in its Russia probe.

His comments on "America's Newsroom" were in response to claims made on Tuesday by author Jerome Corsi, who on "Tucker Carlson Tonight" addressed accusations by Mueller that he lied under oath.

"To intentionally set a perjury trap is something that I just disagree with," Gonzales said Wednesday, adding that it's something he "wholeheartedly" condemns.

Tijuana Official Slams Caravan Organizers: Not 'Coming Through' on Promises to Migrants

Gonzales said he has confidence in the Mueller investigation until proven otherwise, and those who are telling the truth to Mueller will "be fine."

"If in fact the objective is to get people to lie, to set perjury traps, I do have a problem with that," he said.

He also addressed a report by the New York Times, which said the attorney for former Trump campaign chair Paul Manafort briefed the president about what his client told federal investigators.

The report said that attorney Kevin Downing "helped contribute to a deteriorating relationship" between Manafort's lawyers and federal prosecutors.

Gonzales said that if President Trump was in fact being briefed, it may "shade" his own answers to Mueller.

Watch more from America's Newsroom above, and watch Corsi's interview with Tucker Carlson below. 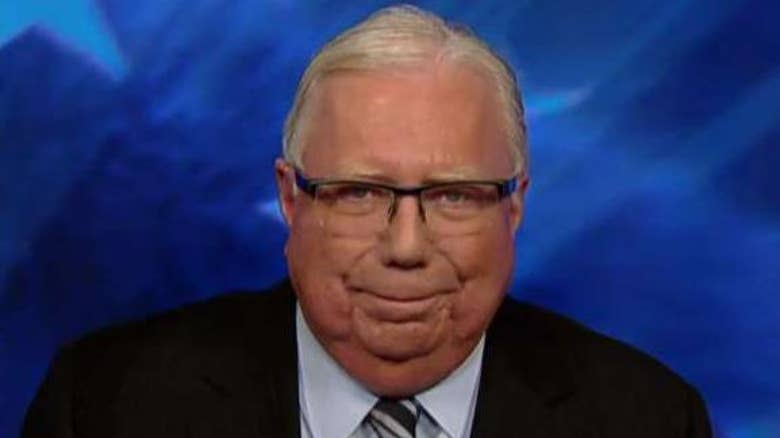 'This Is So Stupid': Boothe, Spicer Say Senate Action Not Needed to Protect Mueller

Stay connected with the most-watched, most-trusted name in news.

Send me email updates from Fox News. I can opt out at any time. By signing up below, I agree to the Fox News Privacy Policy and Terms of Use. Questions? Contact Fox News.

Pornographic film actress Stormy Daniels said Wednesday that her celebrity attorney Michael Avenatti sued President Donald Trump for defamation against her wishes and started a fundraiser in her name from which he refuses to share "accounting information."

The panel on "The Five" said Wednesday that Congressional Democrats are shifting from a pro-impeachment stance to trying their best to undermine President Trump ahead of his 2020 reelection bid.

A stock market analyst said Wednesday on "Your World" that the Federal Reserve appeared to "do a 180" and stopped dramatically hiking federal interest rates because President Trump "got in" Fed Chairman Jerome Powell's head.