The phenomenon – which has been nicknamed “the hum” – originated off the coast of Mayotte (a small island between Madagascar Mozambique) on November 11.

Although the event did have an impact on the earth’s surface, YouTube conspiracy theorist secureteam10 notes the frequency was “unusual enough (un-earthquake-like enough) that almost no-one noticed”.

“The hum” circled the entire world, with only a few monitoring stations picking it up.

One geographer described the hum as a “most odd and unusual event” as they followed the odd seismic signal travelling across the planet.

A November 12 report from the French government found the small island of Mayotte had slid 2.4 inches to the east and 1.2 inches to the south.

National Geographic claim the hum was “strange for a number of reasons”.

“First, it rang at just a single ultra-low frequency, like a well-tuned bell – seismic waves usually involve lots of different frequencies," it said.

“Second, the wave emerged and circled the entire planet without the usual signs of an earthquake.” 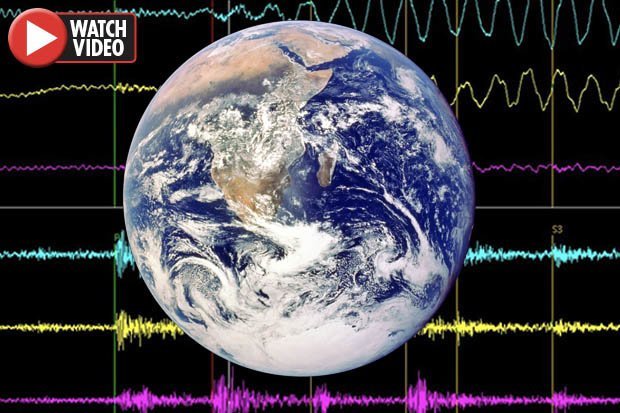 Experts came up with several theories in an attempt to explain the strange event.

Some claim the hum was a result of a slow earthquake, which secureteam10 notes is the “sort that doesn’t cause much intense shaking, but it occurs over a much longer period of times”.

Others believe a bubble of magma may have interacted with the earth’s crust, creating a strange ringing noise.

But it finally seems to have been explained, with Mail Online reporting it was “almost certainly” triggered by an underwater volcano.