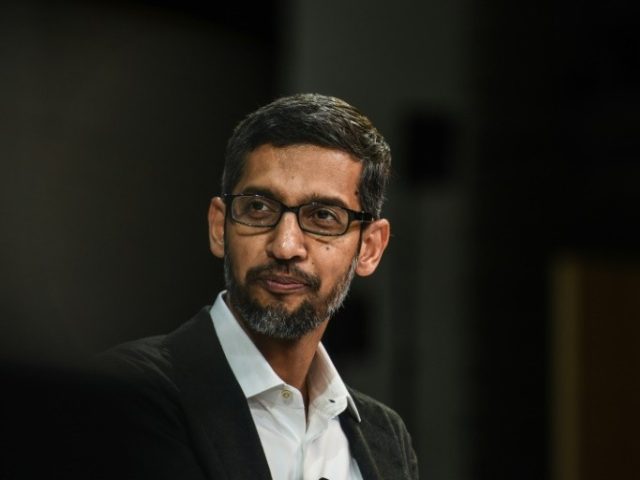 Google CEO Sundar Pichai testified on Tuesday that “ad accounts linked to Russia” spent “about $4,700 in advertising” to politically influence Americans during the 2016 presidential election season, offering his remarks during an exchange with Rep. Jerry Nadler (D-NY) in House Judiciary Committee hearing on Tuesday in Washington, DC.


NADLER: According to meda reports, Google found evidence that Russian agents spent thousands of dollars to purchase ads on its advertising platforms that span multiple Google products as part of the Russian agents’ campaign to interference in the election, two years ago. Additionally, Juniper Downs, head of global policy for YouTube, testified in July that YouTube had identified and shut down multiple channels containing thousands of videos associated with the Russian misinformation campaign. Does Google now know the full extent to which its online platforms wre eploited by Russian actors in the election, two years ago?

PICHAI: We undertook a very thorough investigation, and in 2016 we now know there were teo main ad accounts linked to Russia, which advertised on Google for about $4,700 in advertising. We also found other limited —

PICHAI: That’s right, which was — no amount is okay, here, but we founded limited activity, improper activity. We learned from that and we dramatically increased the protections we have around our election offerings leading up to the current elections, we again found limited activity both from the Internet Research Agency in Russia as well as accounts linked to Iran.

Across Tuesday’s hearing, Nadler and other Democrats repeatedly hyped allegations of the Russian government’s “interference” in American politics, framing the election of President Donald Trump as a function of a foreign propaganda campaign against Hillary Clinton.

Nadler further dismissed left-wing and partisan Democrat political censorship across Google and YouTube as a “right-wing conspiracy theory” while calling on Pichai to censor “hate speech.”