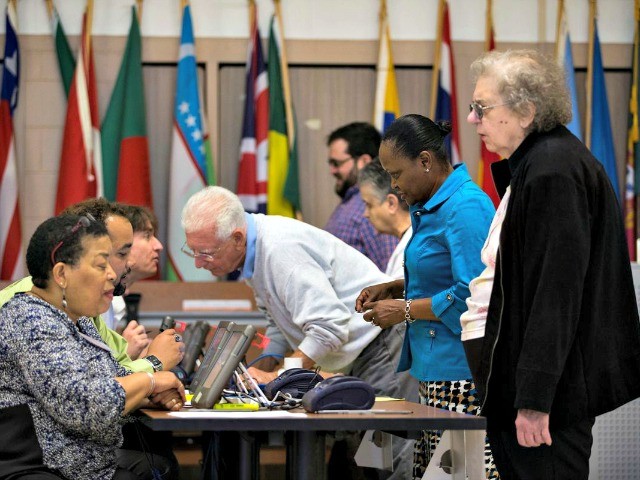 Judicial Watch won a significant victory for election integrity last week when it signed a settlement agreement with the State of California and Los Angeles County that could potentially remove as many as 1.5 million voters–all of whom are listed as inactive but still registered as of April 27,2018–from the rolls in Los Angeles County.

A total of 2.9 million votes, or about 57 percent of all registered voters, were cast in the highest turnout race on the ballot in the November 2018 general election, the gubernatorial contest between Gavin Newsom and John Cox.

Los Angeles County and the State of California “will begin the process of removing from their voter registration rolls as many as 1.5 million inactive registered names that may be invalid,” Judicial Watch said in its statement announcing the settlement agreement.

“Judicial Watch and its clients are thrilled with this historic settlement that will clean up election rolls in Los Angeles County and California – and set a nationwide precedent to ensure that states take reasonable steps to ensure that dead and other ineligible voters are removed from the rolls,” Fitton added.

You can watch Fitton’s comments here:

The Washington Times reported on the differing public reactions to the settlement agreement from the plaintiffs and defendants:

“This is a major NVRA victory — probably the biggest in the history,” said Robert Popper, the Judicial Watch lawyer who fought the case.

He said he expects most of the more than 1.5 million names on the county’s inactive voter list will end up being removed.

Mr. Padilla, the secretary of state, disputed Judicial Watch’s claims, saying he didn’t agree to specifically kick anyone off the rolls.

“The settlement is clear and simple, California will continue its work to adhere to modern list maintenance procedures under the NVRA,” he said in a statement. “This settlement will not lead to unnecessary removal of active and eligible voters. Safeguards remain in place to ensure voter list maintenance procedures are followed before canceling any voter registration records.”

Judicial Watch, along with co-plaintiff the Election Integrity Project of California, filed a lawsuit in federal court back in 2017 (Judicial Watch Inc., v. Dean C. Logan) on behalf of several lawfully registered voters in Los Angeles County, which alleged that both the State of California and Los Angeles County have failed to comply with the National Voter Registration Act (NVRA), which was passed in 1993.

The Judicial Watch complaint noted that “The NVRA provides that the registration of a voter who is believed to have moved out of a jurisdiction is only subject to removal from the voter rolls if (1) the voter confirms this move in writing, or (2) the voter fails to respond to an address confirmation notice, and then fails to vote during a statutory waiting period extending from the date of the notice through the next two general federal elections.”

The complaint asserted that the  defendants, Los Angeles County and the State of California, were violating the NVRA in a number of ways:

In its statement, Judicial Watch noted the lawsuit alleged several key facts, which included, the following:

In the settlement agreemen, both Los Angeles County and the State of California conceded they had been violating the NVRA, especially in light of the 2018 Supreme Court decision, Husted v. A. Philip Randolph Inst.