Arthur Robert Firstenberg is an American author and activist on electromagnetic radiation and health.

He founded the independent campaign group the Celluar Phone Task Force and since 1996 he has argued in numerous publications that wireless technology is dangerous.

In his 1997 book Microwaving Our Planet: The Environmental Impact of the Wireless Revolution, he claimed: "The telecommunications industry has suppressed damaging evidence about its technology since at least 1927."

He has recently started an online petition calling on world organisations, such as the UN, World Health Organisation (WHO), and EU to “urgently halt the development of 5G” – which is due to be rolled out this year.

Speaking to the Daily Star Online, he explained: "There is about to be as many as 20,000 satellites in the atmosphere.

"I'm getting reports from various parts of the world that 5G antennas are being erected all over and people are already getting sick from what's there now and the insect population is getting affected.

"This could become a global catastrophe. When the first satellites were launched in the late 1990s for mobile phones, on the day they were launched people sensitive to these things got very sick.

"The mortality rate rose in the US by 5-10% too and there were reports that birds were not flying.

"People who realised this the most were pigeon racers who released their birds who then didn't return. 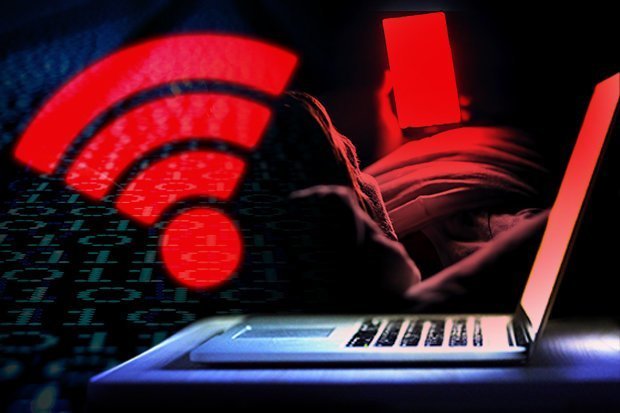 SUPPRESSED: Firstenberg claims research has been kept from the public (Pic: GETTY)

According to the Firstenberg, wireless networks are "harmful for humans” and the development of the next generation is “defined as a crime” under international law – he states in the online petition.

The petition adds: "5G will massively increase exposure to radio frequency (RF) radiation on top of the 2G, 3G and 4G networks for telecommunications already in place.

"Despite widespread denial, the evidence that radio frequency (RF) radiation is harmful to life is already overwhelming. The accumulated clinical evidence of sick and injured human beings, experimental evidence of damage to DNA, cells and organ systems in a wide variety of plants and animals, and epidemiological evidence that the major diseases of modern civilization—cancer, heart disease and diabetes—are in large part caused by electromagnetic pollution, forms a literature base of well over 10,000 peer-reviewed studies."

But many mainstream scientists dismiss the claims and there is no conclusive proof of cancer-causing radiation from phones.

THOUSANDS: 20,000 satellites are due to be launched into space (Pic: GETTY)


The WHO said there has been no evidence of detrimental effects caused by mobile phones despite studies conducted over two decades.

Firstenberg received a BA in mathematics from Cornell University in 1971 and then went to medical school from 1978 to 1982.

But he did not complete medical school because of illness, which he claims was due to electromagnetic hypersensitivity cause by getting over 40 diagnostic dental x-rays.

He believes information about and electromagnetic waves has not only been suppressed, but that people don't pay attention to what's going on because they don't want to believe phones are damaging because of "addiction" to electronics.

Firstenberg added: "The whole picture is that everyone on Earth is getting addicted to their mobile phones.

"The more people use their mobiles for different purposes which will require more bandwidth means the previous infrastructure is not sufficient.

SICK: The expert says people have been sick when towers have been erected (Pic: GETTY)


"Now they have to build more and more towers and they want to make it so that 5G is accessible anywhere on Earth.

"This is something that very few people are paying attention to, although papers have been written and there was more concern in the past than there is today - the difference being is that people are so addicted to their phones.

"People don't want to see their phones as harmful anymore, but when they started people gave warnings."

The most chilling warning he gives is that the development of extremely powerful satellites will result detrimental damage to the structure of the planet.

He claims the satellites could change the electromagnetic field: "We are not independent of our environment.

"Every living organism is an electrical being. We are controlled by energies passing through our bodies.

"Physicists call it the global electrical circuit. There is an electrical current that courses through the ground, through the air, through the ionosphere, back down to the atmosphere to create thunderstorms when the polarity changes."

"Our environment is what keeps us alive and if you alter that in any way then people and animals will be highly disturbed."