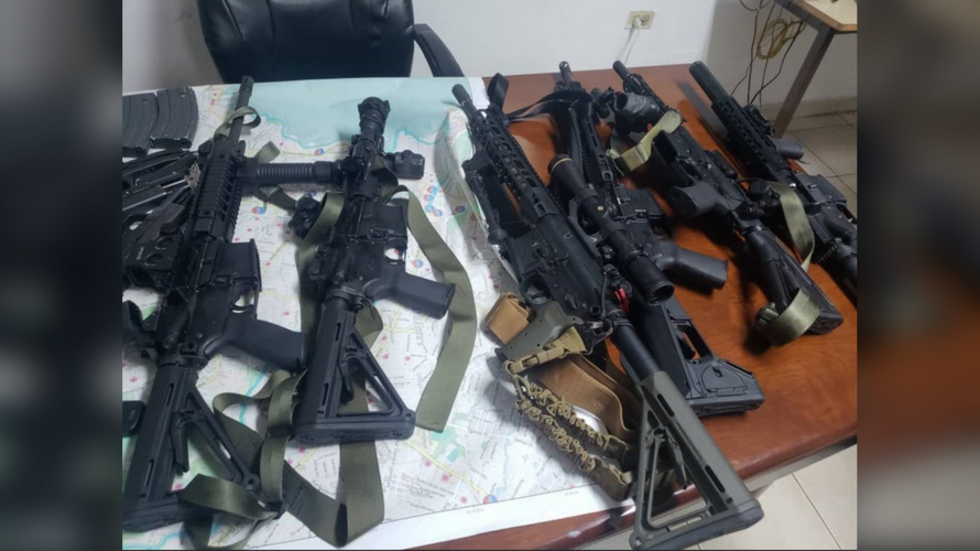 A group of seven foreigners and one local were apprehended by Haitian authorities amid violent unrest in the nation. The suspects, who allegedly have military backgrounds, were equipped with an arsenal of guns and even drones.

The group was apprehended on Sunday in the Haitian capital city of Port-au-Prince, shortly after leaving the Bank of Haiti, local newspaper Le Nouvelliste reported.

The suspects, traveling in two vehicles without license plates, were well-equipped with military-grade weapons, body armor and even drones. They had several sets of plates with them, but it was unclear if they were genuine or fake. The individuals initially refused to leave their vehicles, reportedly claiming they had been working “for the Haitian government.”

Pictures of the seized equipment, released by the newspaper, show high-grade weaponry, plastered with scopes, bipods and other fancy tactical stuff, side arms, loads of clips with ammunition, a map of Port-au-Prince, satellite phones and assorted knives.

Aside from that, a video purportedly showing the detained individuals – vigorously covering their faces – at a police station has circulated online. The newspaper also revealed the alleged identities of the suspects, naming them as Kroeker Kent Leland, Danilo Bajavic, Vlad Jankovic, Burton Talon, Christopher Osman M, Daniel Dustin and Estera Michael.

Video of 7 US citizens and a Haitian being held at main police station in downtown PAP, #Haiti. They were detained after a cache of automatic weapons, communications equipment and several license plates were found in their vehicles. Why they were stopped is unknown. pic.twitter.com/YvCxaULWIo

Five of them have been confirmed to be Americans. The State Department said it was aware that Haitian police arrested a “group that included US citizens.” The men are being held on conspiracy charges, but have not been formally charged yet, according to CNN. Another one of the team is a Haitian citizen, while two others are of Serbian and Russian origins, according to Haitian media reports.

One of their reported identities is particularly interesting – Kroeker Kent Leland, who is Partner and Chief Operations Officer of the Kroeker Partners private security company. Kroeker is a former US Marine officer, with “a rich career in military, business enterprise and crisis management operations,” as the company's website modestly puts it. Several other suspects’ names also corresponded to social media profiles of “US citizens claiming military background,” Reuters reports.

Haiti has been rocked by massive protests since February 7, with citizens taking to the streets to demand the immediate resignation of President Jovenel Moise and Prime Minister Jean-Henry Céant. The protests have devolved into chaotic deadly clashes between demonstrators and law enforcement, with barricades erected on the streets of Port-au-Prince, torched cars and frequent looting. At least six people have been killed since the turmoil began.