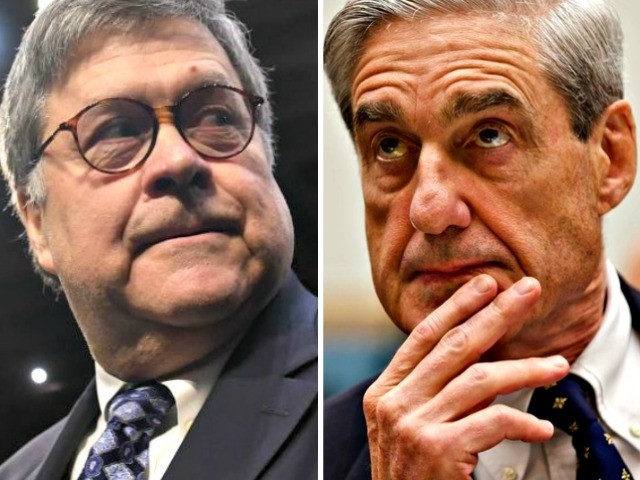 Attorney General William Barr will not recuse himself from overseeing Special Counsel Robert Mueller’s investigation into possible collusion between the Trump campaign and Russia during the 2016 presidential election, according to a Justice Department official.

“Following General Barr’s confirmation, senior career ethics officials advised that General Barr should not recuse himself from the special counsel’s investigation. Consistent with that advice, General Barr has decided not to recuse,” DOJ spokesperson Kerri Kupec

in a statement Monday.

The attorney general’s authority over the special counsel is wide-ranging and includes the ability to dictate what details inside the Mueller report are revealed to members of Congress and the public. Former Attorney General Jeff Sessions recused himself from the probe due to his contacts with Russia officials during the transition.

Whitaker, who was appointed acting Attorney General following Sessions’ firing, did not rescue himself from the two-year-plus investigation after he was advised there lacked a precedent for the move, Bloomberg

Barr pledged at his January confirmation hearing to protect the probe and release its findings to the public at an appropriate time. “I believe it is vitally important that the special counsel be allowed to complete his investigation,” Barr testified in his prepared remarks. “I believe it is in the best interest of everyone — the president, Congress, and, most importantly, the American people — that this matter be resolved by allowing the special counsel to complete his work.”

However, Barr would not confirm whether he would recuse himself from overseeing Mueller, telling lawmakers he would seek counsel from Justice Department officials regarding the matter.

The announcement comes as rumors regarding the report’s release date continue to swirl. Last month, the Justice Department told NBC News  Barr will not receive the final report in the immediate future, despite various media reports indicating otherwise.

Meanwhile, a legal fight over what details in the report will be released has begun brewing. House Intelligence Committee chairman Rep. Adam Schiff (D-CA) told ABC’s This Week recently that he will subpoena the report to make both it and the “underlying evidence” public.

“If you take the position that the president cannot be indicted and the only remedy for improper, illegal, or other conduct is impeachment, then you cannot withhold that information from Congress,” Schiff told anchor George Stephanopoulos. “That cannot be allowed to be the case. Bill Barr has committed in his testimony to making as much of the report public as he can, and the regulations will make it all. And we insist on it becoming public.”

The Justice Department’s announcement also comes as the Senate Intelligence Committee moves to wrap up its investigation into possible collusion. NBC News, citing Democrats and Republicans, reported the panel’s two-year probe has yet to uncover “direct evidence” of “conspiracy” between Trump campaign officials and the Kremlin. However, the report claims lawmakers are at odds “along party lines when it comes to the implications of a pattern of contacts” members of the two parties had before and after the Democrat National Committee’s emails were hacked.

“If we write a report based upon the facts that we have, then we don’t have anything that would suggest there was collusion by the Trump campaign and Russia,” Senate Intelligence Committee Chairman Richard Burr (R-NC) told CBS News.