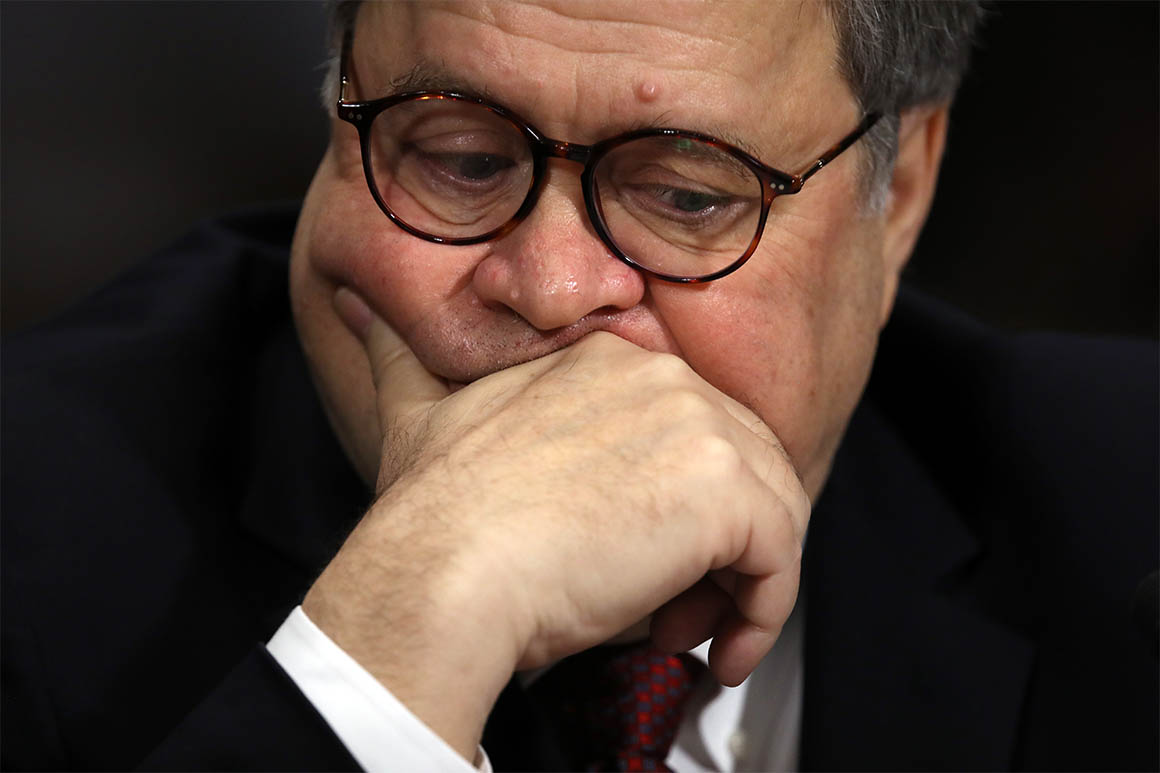 The House Judiciary Committee has taken its first formal step toward holding Attorney General William Barr in contempt of Congress for defying a subpoena for special counsel Robert Mueller's unredacted report on Russian interference in the 2016 election, as well as the underlying evidence.

The panel announced on Monday that it will consider a contempt citation against Barr on Wednesday. A vote of approval from the Democrat-led committee would send the measure to the full House for consideration later this month.

“The attorney general’s failure to comply with our subpoena, after extensive accommodation efforts, leaves us no choice but to initiate contempt proceedings in order to enforce the subpoena and access the full, unredacted report,” Chairman Jerry Nadler (D-N.Y.) said in a statement.

The announcement comes as Democrats have argued that the redacted version Barr made public last month is insufficient to consider a potential congressional response to Mueller's findings, particularly his evidence that President Donald Trump attempted to thwart the investigation.

The committee launched its own obstruction of justice investigation against the president earlier this year. The contempt citation explicitly mentions that probe, which is also centered on allegations of “public corruption and other abuses of power” by the president. Nadler said he would put the contempt proceedings on hold if the Justice Department engages in a “good-faith” effort to give Democrats access to the requested information.

“Attorney General Barr failed to comply with the committee’s request for these documents and thereby has hindered the committee’s constitutional, oversight, and legislative functions,” the citation states.

Sign up for our must-read newsletter on what's driving the afternoon in Washington.

The contempt citation also references the Justice Department’s long-standing policy against indicting a sitting president, noting that Mueller accepted those guidelines in declining to charge Trump with obstruction of justice.

“Congress is therefore the only body able to hold the president to account for improper conduct in our tripartite system, and urgently requires the subpoenaed material to determine whether and how to proceed with its constitutional duty to provide checks and balances on the president and executive branch,” the citation states. “Otherwise, the president remains insulated from legal consequences and sits above the law.”

The Justice Department said last week it would not comply with the committee’s subpoena for the unredacted report and the underlying evidence, arguing that it amounts to illegitimate congressional oversight. Nadler gave Barr until Monday morning to respond to an augmented offer; the Justice Department did not respond to that offer, and has maintained that it would be violating the law if it complied with the Democrats’ request.

In response to the formal contempt notice on Monday, the committee’s top Republican, Rep. Doug Collins of Georgia, called Nadler’s move “illogical and disingenuous” because the Justice Department is still negotiating with the panel.

“Democrats have launched a proxy war smearing the attorney general when their anger actually lies with the president and the special counsel, who found neither conspiracy nor obstruction,” Collins said in a statement.

Democrats have been demanding Mueller's complete report and underlying evidence for months, a call that intensified after Mueller submitted his findings to Barr in late March. But Barr held on to the report for a month while he reviewed and redacted it for several categories of sensitive information. The public version of the report he released contained limited redactions but included none of Mueller's underlying material — evidence Democrats say they need to determine whether Trump committed impeachable offenses.

Though Mueller concluded that he lacked sufficient evidence to prove any Americans aided the vast Russian effort to interfere in the 2016 election, he described repeated efforts by Trump to sideline the investigation altogether and to encourage witnesses to refrain from full cooperation. Mueller did not formally conclude that Trump obstructed justice — a determination he said was largely a result of the DOJ restrictions against indicting a sitting president — but Barr has since used Mueller's evidence to absolve Trump of the potential crime.


Barr testified for five hours to the Senate Judiciary Committee last week and described sharp disagreements with the legal theories undergirding Mueller's findings — including whether Trump's tweets can be persuasive evidence of obstruction and suggesting Mueller told him privately, despite not indicating it in his report, that his obstruction decision was not based on the longstanding DOJ restriction.

Barr skipped a hearing House Democrats had called last Thursday after his aides objected to Democrats' request to allow committee lawyers from both parties to question Barr for 30 minutes each. Democrats previously authorized Nadler to subpoena Barr a second time to compel his appearance before their committee, though he hasn't issued it yet.

The impact of a contempt citation could be simply symbolic. Republicans held Barack Obama’s attorney general, Eric Holder, in contempt of Congress for failing to turn over documents. Some Democrats have floated the possibility of using punitive enforcement mechanisms against Barr for defying their subpoena, including levying fines against the attorney general.


Missing out on the latest scoops? Sign up for POLITICO Playbook and get the latest news, every morning — in your inbox.