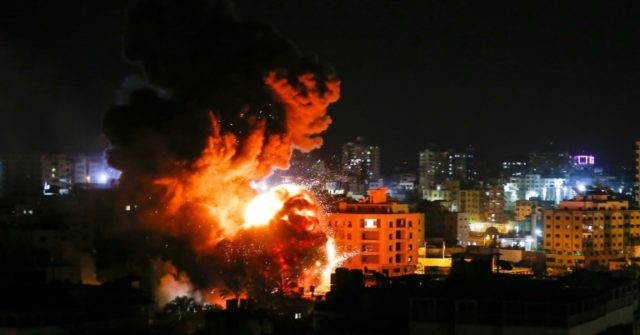 ASHDOD — An Israeli man was killed when a rocket landed in the coastal city of Ashdod, bringing the civilian death toll to four as population centers continue to be pounded with more than 700 projectiles launched by terror groups in the Gaza Strip.

Twenty-three-year-old Pinhas Menahem Pashwazman died after being struck by shrapnel while running to a shelter in Ashdod.

Earlier in the day, Moshe Feder, 67, was killed by an anti-tank missile near the Gaza border in an attack claimed by Hamas. A Bedouin factory worker, who has not been named, was killed in Ashkelon, and Moshe Agadi, 58, was killed in the same city.

80 injuries have been reported and more than 650,000 Israeli civilians under the threat of rocket attacks are running to bomb shelters. Schools, public transportation and businesses have mostly shut in southern Israeli towns.

The death toll in Gaza reached 24, with most being operatives of Hamas or the Iranian-backed Palestinian Islamic Jihad.

A Palestinian woman and her baby were also killed in a botched missile launch by the terror groups.

Israel killed a Hamas commander said to be the Strip’s main liaison with Iran in what was the first targeted killing since 2014’s Operation Protective Edge, the military said.

Hamed al-Khoudary, who owned a money-exchange business that was declared a terrorist organization by Israel in June 2018, was responsible for transferring funds from Iran to Gaza-based terror groups.

In a statement Sunday evening, Hamas chief Ismail Haniyeh floated the idea of a ceasefire with Israel.

“A return to calm is possible and depends on the commitment of the occupation to a complete ceasefire,” Haniyeh said.

He stipulated that Israel must abide by the recent Egyptian-brokered ceasefire agreements between Israel and Hamas as well as allow the weekly border demonstrations to continue.

“The response of the resistance is linked to the level of Zionist aggression,” he added.

PIJ publicly declared, however, that it was preparing for all-out war with Israel.

In a statement on Sunday evening, the group warned that IDF strikes “will be met with a similar and large-scale response” targeting all Israel.

“The resistance is about to go to a higher level in facing the aggression; a level that could lead to a war,” PIJ spokesperson Mosab Al Braim said.

“We will not have mercy on this enemy,” he added.

Ahmed al-Mudalal, a senior PIJ official, warned that his group and others would not accept “Zionist aggression against the Palestinian people, and have the full right to respond to these attacks.”

Earlier on Sunday, the terror groups released a joint statement threatening to extend the range of the projectiles. Later on, missiles struck as far north as Rehovot but still did not hit the central region of Tel Aviv.