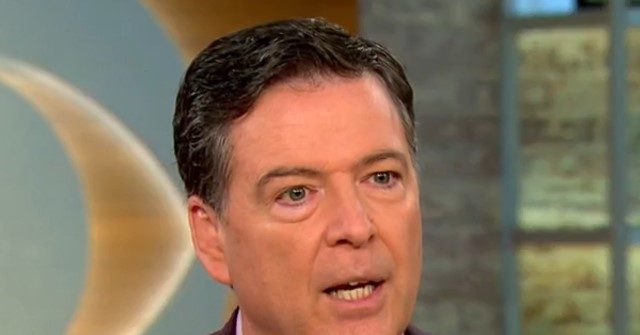 Comey said on CBS’s “This Morning” the FBI does not spy, adding that the FBI had cause to investigate the Trump campaign and that Republicans would be fine with the investigations if the FBI had Trump been a Democrat.

“The FBI doesn’t spy, the FBI investigates,” said Comey. “We investigated a very serious allegation that Americans might be hooked up with the Russian effort to attack our democracy.”

“People just ought to look at the predication for the opening of that investigation. We should have been fired if we didn’t investigate this,” he emphasized.