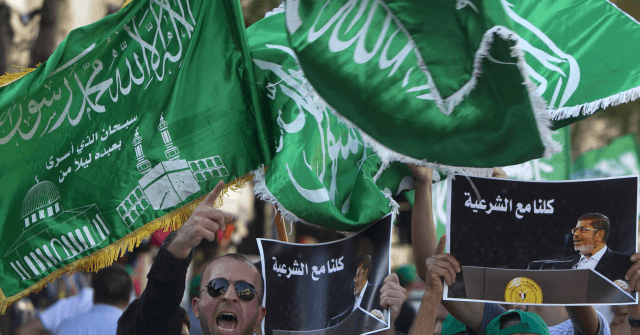 U.S. President Donald Trump’s administration would be “siding with autocrats and roiling [the] Middle East” if it joins several Islamic countries in designating the Muslim Brotherhood (MB) a terrorist organization, the New York Times (NYT) argued this week.

NYT has itself in the past sided with several leftist leaders including Russia’s Joseph Stalin in lying about the Soviet genocide; with Cuba’s Fidel Castro in inflating the size of his guerrilla prior to the Cuban Revolution; and taking money for ads from socialist Nicolás Maduro’s regime.

The Trump administration has been considering labeling MB a terrorist group since soon after taking office in January 2017.

NYT has joined opposition to the move expressed by the likes of Turkey’s ruling Justice and Development Party (AKP), which leads the world in jailed journalists.

On Monday, the Times argued that designating the Muslim Brotherhood a terrorist organization would “ignite a firestorm in the Middle East,” adding:


Government lawyers had warned that the Muslim Brotherhood did not meet the legal criteria to be designated a terrorist organization. And in a volatile region where American troops were already battling Islamist extremists, the three men believed, taking on the Brotherhood was one fight too many.

Their departure has reportedly opened the door for “autocratic leaders” like Egypt’s President Abdel Fattah el-Sisi of Egypt to influence the U.S. to move forward with the designation.


The Trump administration has resurrected the proposal to brand the Muslim Brotherhood a terrorist organization, prompting a fierce debate between the government’s political appointees and its career experts.

The designation would impose wide-ranging American economic and travel sanctions on companies and individuals who interact with the loose-knit Islamist movement that was founded in Egypt and is recognized as a legitimate political entity in many Muslim-majority governments.

It is the president’s latest major foreign policy decision that appears to have been heavily influenced by autocratic leaders without first being fully vetted by career American government officials.

The newspaper said those leaders “revile” MB simply because they consider the group a political opponent.

Qatar, which has long housed the group, and Turkey appear to remain ardent supporters.

Nevertheless, the Washington Post (WaPo) argued on Monday that “calling the Muslim Brotherhood a terrorist group would make all Muslims scapegoats.”

In December 2017, MB threatened to “wage war” against the United States in response to Trump’s decision to recognize Jerusalem as Israel’s capital and move the American embassy there, a move that angered several Muslim countries and jihadi groups like al-Qaeda and the Islamic State (ISIS/ISIL).

For NYT, that is not reason enough to label the group terrorists. On the contrary, the paper claimed that “unlike the Islamic State or Al Qaeda, there is no evidence that the Egyptian group has called for, or directed, terrorist attacks against American interests.”

Critics have linked the NYT to anti-semitism in recent weeks. Citing unnamed Trump officials, the news outlet noted that Secretary of State Mike Pompeo and John R. Bolton, the current national security adviser, have expressed support for the terrorist designation for MB.

NYT did not identify the so-called opponents of the designation within the Trump administration.

“Beyond Turkey and Qatar, the Brotherhood or offshoots are also a recognized political party or represented in governments in Morocco, Mauritania, Tunisia, Jordan, Bahrain, and Kuwait,” it reported.

The newspaper acknowledged that officials under former President Barack Obama also considered naming MB a terrorist group. NYT, however, did not accuse of Obama of “siding with autocrats” over the consideration as it has with President Trump.

For years, some Republicans in Congress have been proposing the label.