GOP Rep. Meadows Predicts Comey Will Have His Day of Reckoning 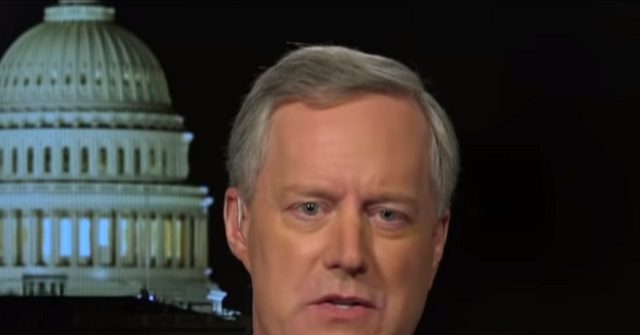 Wednesday on Fox News Channel’s “Hannity,” Rep. Mark Meadows (R-NC), the chairman of the House Freedom Caucus, predicted that in the coming days, the narrative that was the justification for the Department of Justice’s special counsel probe led by Robert Mueller would begin to “unravel.”

He added that former FBI Director James Comey would have his “day of reckoning,” as well.

“I think in the coming days, and by days I mean just a few days, we’ll start to see a lot of this unravel,” Meadows said. “But as it unravels, part of why you’re seeing Jerry Nadler and others go crazy is because they know that the truth is coming out.”

“As passionate as they were today – they haven’t been passionate when we’ve been in the privacy of those rooms, asking those questions like Jim [Jordan] and I and others have,” he continued. “They won’t even look at the documents because they don’t even want to know the truth. And Director [James] Comey, he has his day of reckoning, too. You know, he says that they investigate. We also know they criminally leaked as well. It’s time for accountability.”

« Cyber Jihadists Are Getting Christians Banned On Facebook –In Your Face, Nadler – Bill Barr Laughs at Dems For Holding Him in Contempt (VIDEO) »