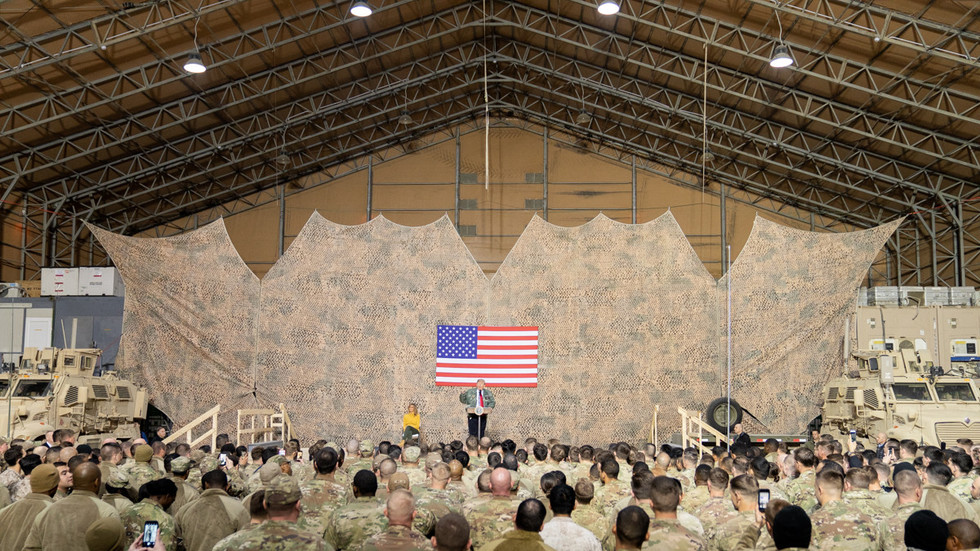 President Donald Trump denied that the military was preparing to send 120,000 US troops overseas to address an alleged threat from Iran, as was previously reported by the New York Times.


While the president denied that there were any plans to send additional ground troops, he said he would not rule out that option, adding that he would send more than the 120,000 claimed by the Times in a report Monday.

“I think it's fake news, OK?” President Trump told the press at the White House Tuesday. “Now, would I do that? Absolutely. But we have not planned for that. Hopefully we're not going to have to plan for that. And if we did that, we'd send a hell of a lot more troops than that."

Also on rt.com Strait of Hormuz, Gulf of Tonkin? Trump warns Iran it will 'suffer greatly' if it does 'anything'

The White House last week accused Iran of planning an attack on US interests or allies in the Middle East, but offered little detail about the threat. The dire warnings were followed by a US military buildup in the Persian Gulf, fielding a number of warships and heavy bombers into the region. That would “send a clear and unmistakable message” to Iran, US National Security Advisor John Bolton said.

Also on rt.com US deploys aircraft carrier & bombers to Middle East in ‘message’ to Iran – Bolton

Ground troops are also part of that buildup. One of the recent deployments, an amphibious ready group headed by the USS Kearsarge, brought several thousand Marines into the fray, in addition to a Patriot missile battery.

Subscribe to RT newsletter to get stories the mainstream media won’t tell you.