Joe Biden: Second Amendment Doesn't Say You're 'Entitled' to Own a Gun 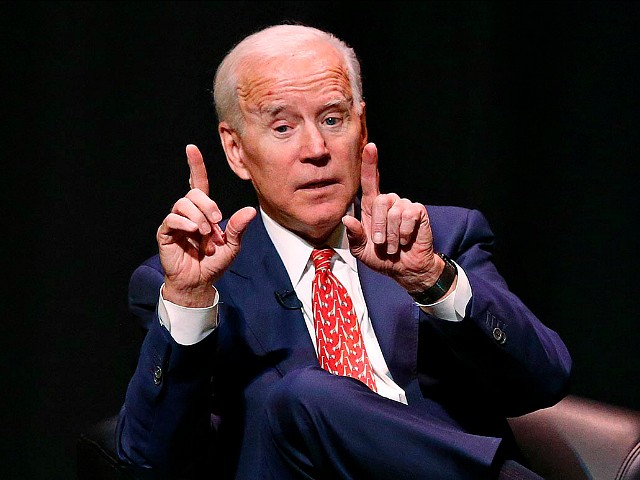 Former Vice President Joe Biden admitted that the “Second Amendment exists” but stressed during his speech in New Hampshire on Tuesday that it does not say everyone is “entitled” to own a gun.

Biden, who was taking questions at a small outdoor venue, then added, “By the way, if one of you left the keys in your car down the street, and a kid comes along and jumps in it and takes off, you could be held liable civilly for that. So if you own a gun, put a damn trigger lock on it. Put it in a case. You have an obligation.”

Biden also spoke about past gun bans he supported. He specifically referenced the 1994 “assault weapons” ban and noted that it also “limited the number of bullets in a clip.” Additionally, he spoke about being former President Barack Obama’s point man for gun control following the December 14, 2012, attack on Sandy Hook Elementary School.

He said, “There are so many other things we can do to make schools safer, other than arming teachers.” He did not specify, however, what those other things are. Rather, he pivoted to the next question.

« BOOM! Joe diGenova: For the First Time I Believe These Guys are Going to Jail… This is Big Time! Brennan and Comey Needs 5 Attorneys (VIDEO)The Pete Santilli Show – Wednesday – May 15, 2019 »