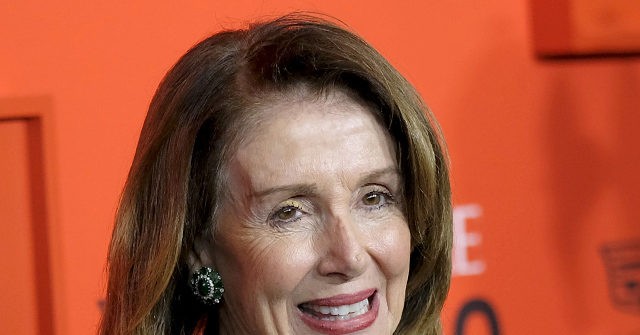 House Speaker Nancy Pelosi (D-CA) falsely claimed Wednesday that Democrats have “never” denied that there is a “crisis” on the U.S.-Mexico border — a statement directly contradicted by the words of multiple party leaders just months ago.

“Well, let me just say this. We have never not said that there was a crisis — there is a humanitarian crisis at the border, and some of it provoked by the actions taken by the administration,” Pelosi stated during her weekly press conference in the Capitol Visitor Center on Wednesday.

“What is happening at the border is tragic and we hope to address some of that in the disaster supplemental,” the California Democrat added. “And we understand our responsibility to secure our border.”

Pelosi’s remarks bear a stark contrast to what the House Speaker and other Democrats have previously said about the situation at the border, referring to it as a “manufactured crisis” by President Donald Trump.

During a joint press conference in January, Pelosi and Senate Minorite Leader Chuck Schumer (D-NY) accused the president of using the “backdrop of the Oval Office to manufacture a crisis, stoke fear, and divert attention.”

Further, House Majority Leader Steny Hoyer said of the situation at the Southern border after a visit to El Paso, Texas: “The first, most dramatic thing we found was there is no crisis.”

President Trump signed a congressional bill to avert a second partial government shutdown and declared a national emergency to build a wall along the border after Democrats used to back the funding required for its construction. The president also declared a national emergency at the southern border and used his executive authority to go around Congress to obtain more money to build the security barrier. “The current situation at the southern border presents a border security and humanitarian crisis that threatens core national security interests and constitutes a national emergency,” he said at the time.

Meanwhile, the Department of Homeland Security said earlier this month that illegal border crossing surged to a decade-high in April with nearly 100,000 crossers arrested.