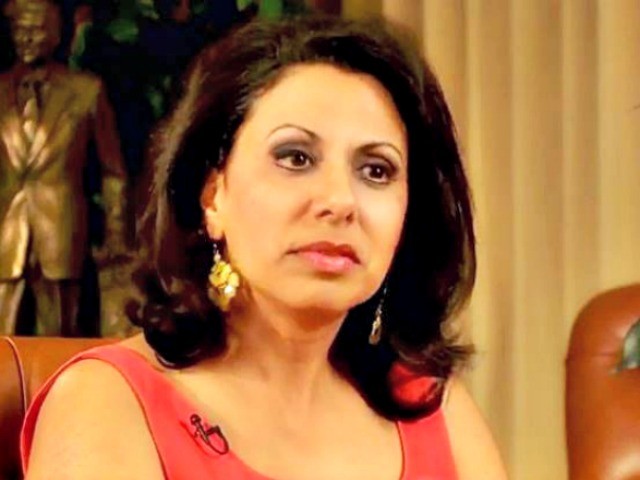 Breitbart News exposed the existence of the “Hate Agents” list last week, after a Facebook insider leaked a partial screenshot showing black conservative leader Candace Owens was also on the list. The insider, who leaked the information to Breitbart, also shared a partial image of the list.

Following the leak, Facebook admitted that the list exists, but stressed that Owens had not yet been investigated.

More names and details about the list have since been leaked to Breitbart. Copies of the list obtained by concerned Facebook employees appear to have been updated in April, before the recent round of high-profile bans.

The list, an excel spreadsheet, features mostly right-wing figures and some left-wingers, along with examples of “signals” that suggest the individuals might be “hate agents.”

The signals are divided into Level One (signals that occurred in the past year), Level Two (two years) and Level Three (three years). Signals include hate speech, support for a “designated hate entity” or “designated hateful ideology,” calls for violence, the promotion of ethnostates, acts of violence from supporters, and possession of “hate paraphernalia.”

The spreadsheet also includes a “recommendations” field next to each individual name. In this field, Facebook employees can advise whether the individual should be categorized as a “Hate Agent” or not, and if they should be removed from the platform.

It is unclear who at Facebook oversees the designation of “Hate Agents.”

Brigitte Gabriel, founder of the Islamic extremism watchdog ACT! For America, was added to the spreadsheet in the main category.

Under “Level Two Signals,” a Facebook employee notes that Gabriel might face a potential violation for having security at an event provided by a “DOrg” (designated hate organization), although the name of the organization is not mentioned.

The Facebook employee also notes that Gabriel “spoke at a Christians United for Israel event where she compared Arabs to barbarians,” a comment they describe as “Tier 1 Hate Speech.”

Another instance of “Tier 1 Hate Speech” cited by Facebook is Gabriel “comparing Muslims to a disease ‘Islamic Cancer’”.

The spreadsheet explains that “public statements, or statements made in private and later made public” can be categorized as Hate Speech by Facebook.

Even though the first incident occurred in 2007 and the second in 2015, both are included as “Level Two Signals,” which the spreadsheet describes as incidents that occurred in the past two years.

Another incident noted as a level two hate-signal is Gabriel’s description of Siraj Ibn Wahhaj as a “depraved Muslim terrorist.”

Wahhaj was arrested along with other Muslims at a makeshift training camp in New Mexico, and was charged with conspiracy to commit terror attacks – yet Facebook employees think labeling him a “depraved terrorist” might be over the line.

A spokesperson for Brigitte Gabriel confirmed that she faced a 24-hour ban on Facebook for the comment when it was made several months ago.

Unlike other individuals on the list, Facebook employees had not yet added a recommended course of action for Gabriel at the time the list was obtained. However, in the “notes” section it contains this ominous message:

Allum Bokhari is the senior technology correspondent at Breitbart News. You can follow him on Twitter, Gab.ai and add him on Facebook. Email tips and suggestions to allumbokhari@protonmail.com.