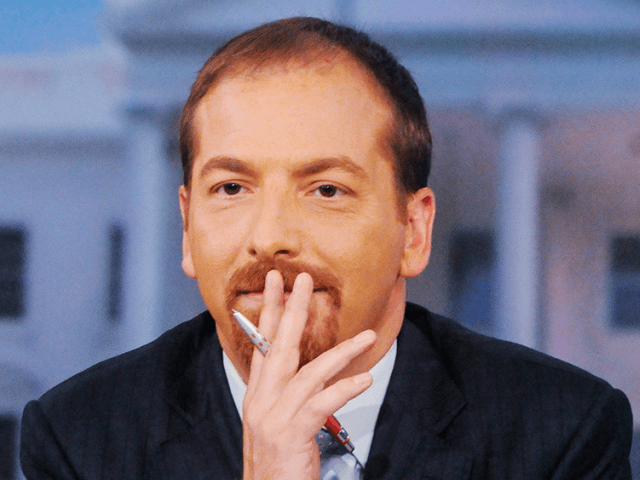 “I feel compelled to give everybody a chance to prove that they’re worthy of coverage,” Todd stated.

While he did not clarify what “worthy” means to him, Todd did offer a brief explanation of his remarks and said that if someone suddenly receives a “following,” cable news will be there.

“I don’t even want to sit here and say, ‘Yeah, we’ll never have an embed on Marianne Williamson,’” Todd said. “How do I know that? She may get on that debate stage and suddenly have a following, and there we will be.”

Todd’s comments drew criticism from social media users, including former White House official Steven Cheung, who asked, “Who gets to decide whether a candidate is worthy enough?”

"'I feel compelled to give everybody a chance to prove that they’re worthy of coverage,' said @chucktodd."

Prove they're worthy of coverage? Who gets to decide whether a candidate is worthy enough? So media is in the business of picking winners and losers? Good luck with that! https://t.co/ZsxFnCOT8F

Todd’s statement stems from a conversation regarding Marianne Williamson, a spiritual author who has entered a crowded field of Democratic presidential hopefuls. Williamson was previously unsuccessful in her run for California’s 33rd congressional district in the United States House of Representatives in 2014 as an Independent.

Earlier this month, Williamson claimed that she has reached the 65,000-donor threshold to qualify for the upcoming primary debates.

« Trump to Start Declassifying Deep State Documents Including ‘Bucket 5’ in Next 7-8 Days — via John Solomon (VIDEO)Pete Santilli Show – Wednesday – May 22, 2019 »