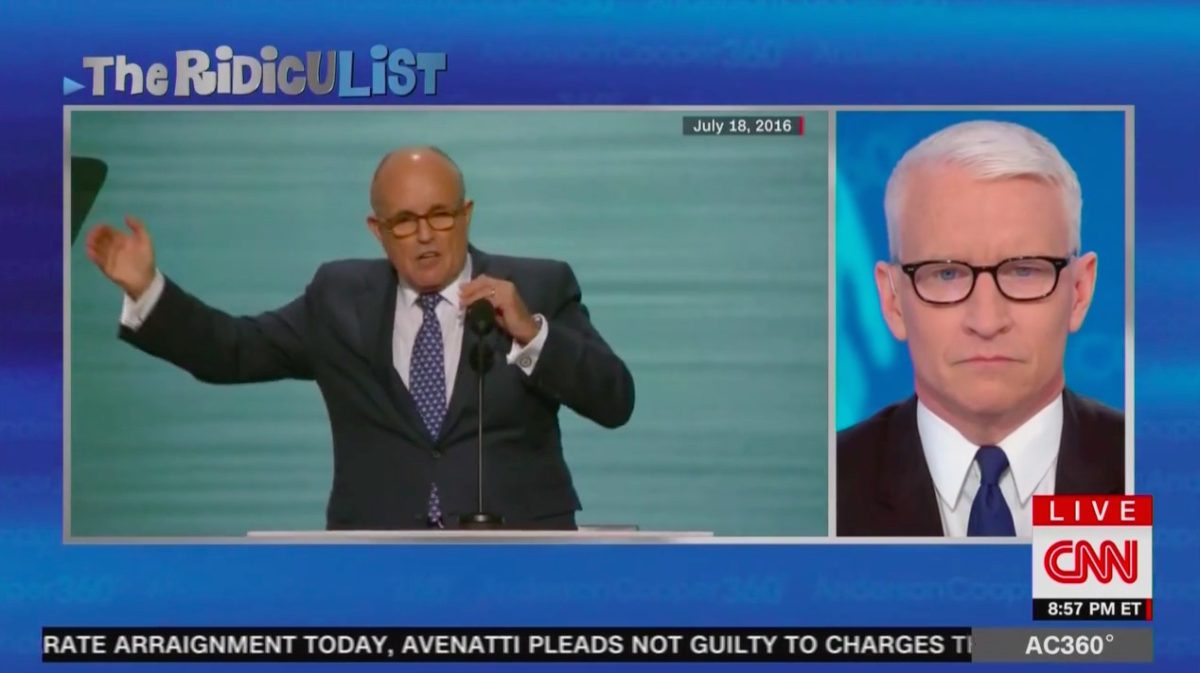 Giuliani made comments to Politico on Tuesday that were tantamount to publicly begging for work on his client’s 2020 re-election campaign. Cooper took that as an opportunity to skewer what the former New York City mayor has recently displayed as to his capabilities as a lawyer.

“First off, I don’t doubt he is available,” Cooper said. “The market for his services — screaming and saying stuff that isn’t true — is limited and the president has most of that covered anyway but that’s not to say he couldn’t be an in-demand surrogate.”

Cooper then proceeded to run a number of clips where Giuliani mangles the truth or, in one case, accidentally admits it, thereby implicating Trump in a campaign finance violation.

“Another thing Mr. Giuliani brings to the table is blurting out crimes. Oh yeah, it’s a Giuliani classic,” Cooper said. “Remember when all of the president’s allies were denying he had anything to do with the illegal hush money payments to Stormy Daniels and Karen McDougal. Not Rudy, no no no. He showed up on Hannity, I think maybe after a long meal or dinner, and tossed that grenade right into the wind.”

Then, showing yet another video where Giuliani desperately tries to deny or explain away his own comments from the day or week before, Cooper pithily noted: “Perhaps his most valuable quality is to just go back on television and claim he didn’t say anything.”

Watch the video above, via CNN.