'The Tenor Has Gotten Personal' 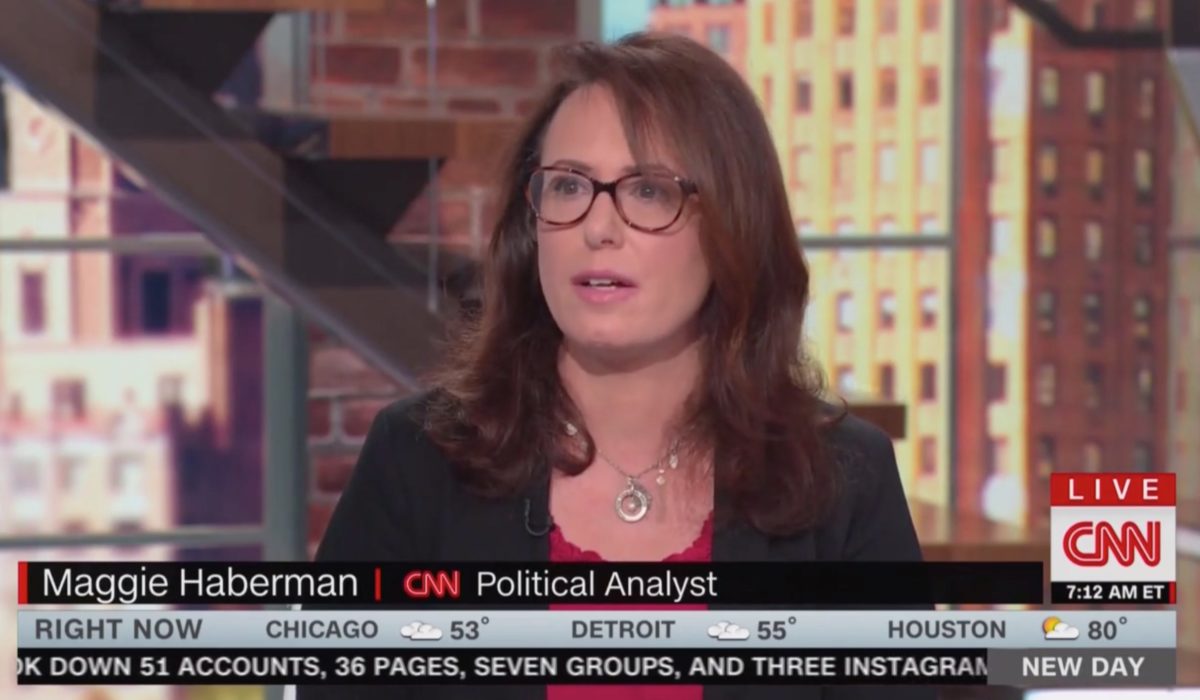 NY Times reporter and CNN contributor Maggie Haberman addressed a recent New York magazine article entitled “Of Course Trump Hates Maggie Haberman. Why Does the Left?” Wednesday morning. Haberman has reported numerous scoops about the Trump White House, but has surprisingly also caught flak from the left for what the writer cited as regurgitating “administration propaganda.”

The article, written by Jonathan Chait, presented the remarkably critical tone towards the award-winning White House reporter from the “resistance” which is perhaps best exemplified by the following paragraph:


The left-wing HuffPost media critic Ashley Feinberg has included Haberman on both her list of “Cowards, Courtiers, Strivers And Suck-Ups” and her list of “Thinnest Skins in the media.” Haberman can be hated both for her work and the fact that she disagrees with the hatred of her work, a wonderfully perpetual cycle of content-generation.

At the end of the segment dealing with the typical political fare, host John Berman turned to the New York mag article asking Haberman “Do you have a response to that or do you want to reflect on the difficulty of reporting in this hyper-attuned age?”

She then referenced an article she had written about former Trump administration aide Hope Hicks published this weekend that generated fair criticism both for the photo chosen and the use of the word “existential” used in a headline about Hick’s decision about respecting a Congressional subpoena looking into charges of obstruction of justice, among other things.

“There was a particular story in question over the weekend people had an issue with,” Haberman said, adding “Not only about a photo that was chosen — and the Times addressed that reporters don’t choose their own photos.”

She finished by saying “I regret when a story becomes this much of a controversy if it’s not about the merits of the reporting,” then adding “We are not above criticism. The tenor has gotten personal. That’s unfortunate.”

Watch above via CNN.