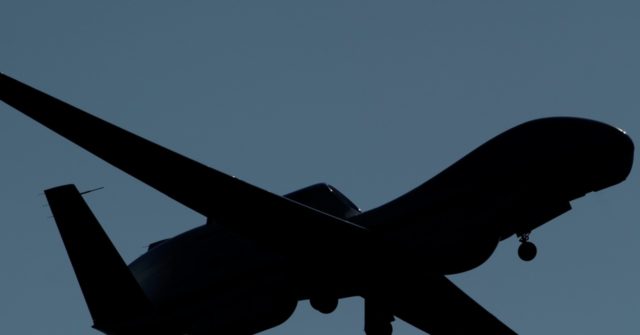 Iran’s Revolutionary Guard Corps (IRGC) said Thursday it had shot down a U.S. “spy drone” over its territory, sending “a clear message” to America in doing so.

The IRGC released a statement to the IRNA domestic newsagency, saying:


At the early hours of Thursday, the IRGC air force shot down an American spy drone, identified as RQ-4 Global Hawk that had violated Iranian airspace in the Kuh Mubarak region located at Hormozgan province, south of the country.

Northrop Grumman, manufacturer of the RQ-4 Global Hawk, describes the aircraft as a “premier provider of persistent intelligence, surveillance and reconnaissance information.”

The commander of the IRGC says the drone destruction has sent “a clear message” to America.

Gen. Hossein Salami said also says that Iran does “not have any intention for war with any country, but we are ready for war.”

His speech was carried live on Iranian state television on Thursday, shortly after U.S. and Iranian officials acknowledged the shooting down of the drone.


Iran has shot down a US drone in the southern Hormozgan province, Fars news agency reports https://t.co/Tuf1AaJGtW @Khaaasteh pic.twitter.com/KeEb5fP40Y

White House spokeswoman Sarah Sanders said U.S. President Donald Trump had been “briefed on the reports of a missile strike in the Kingdom of Saudi Arabia.”

“We are closely monitoring the situation and continuing to consult with our partners and allies,” Sanders said.

U.S. officials told the Associated Press the downing happened over international airspace in the Strait of Hormuz and not Iranian airspce as claimed by Tehran.

The drone attack came just 48-hours after the Pentagon released new images which officials said offered more evidence operatives from the IRGC were responsible for last week’s attacks on oil tankers in the Gulf of Oman.

The U.S. military said the photos, taken from a Navy helicopter, showed Iranian forces removing an unexploded mine from the hull of the Japanese-owned Kokuka Courageous oil tanker.

AP contributed to this story