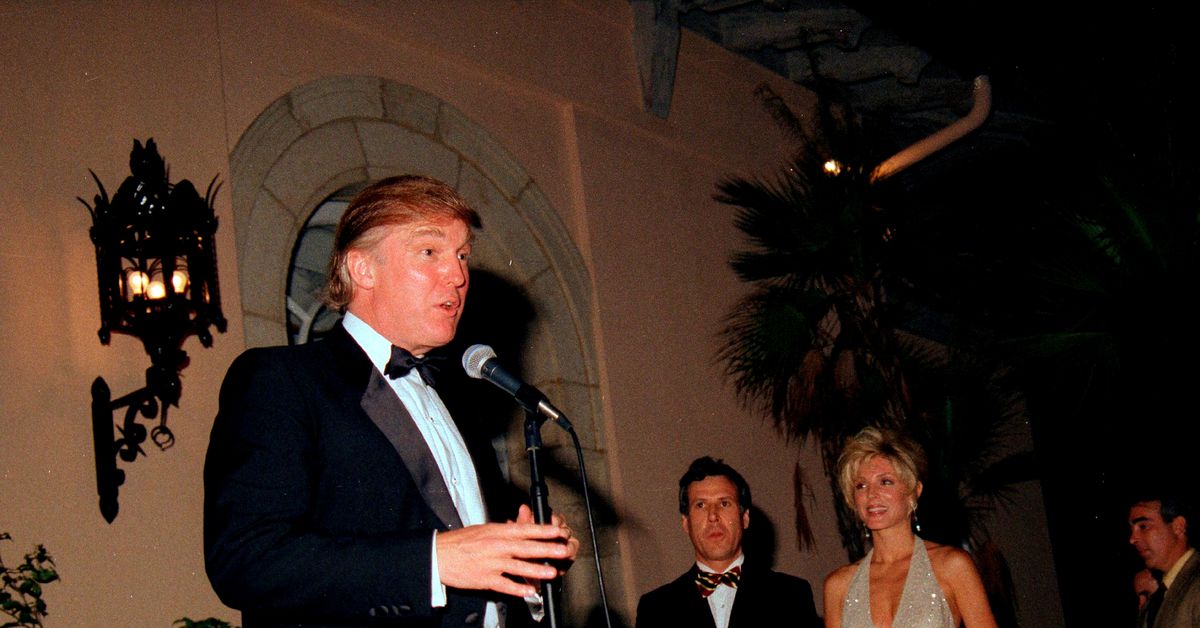 Advice columnist E. Jean Carroll says that Donald Trump sexually assaulted her in 1995 or 1996, forcibly penetrating her in the dressing room at a Bergdorf Goodman department store.

In a disturbing and detailed account published in New York Magazine on Friday, Carroll writes that a chance encounter at the New York store turned violent after she agreed to accompany Trump to the dressing room. There, she writes, he “lunged” at her, kissed her, and held her against a wall while he assaulted her.

The White House issued a statement to the magazine denying the allegation, as Trump has denied the more than a dozen other allegations of sexual harassment and assault made against him. But Carroll says the incident left a lasting mark on her: “whether it’s my age, the fact that I haven’t met anyone fascinating enough over the past couple of decades to feel ‘the sap rising,’ as Tom Wolfe put it, or if it’s the blot of the real-estate tycoon, I can’t say. But I have never had sex with anybody ever again.”

Carroll ran into Trump at the department store when he was shopping for a gift, she writes in the New York Magazine cover story, excerpted from an upcoming book. She was 52 at the time, and he was in his 50s.

Initially, she thought he was good-looking and they bantered playfully about lingerie, she writes. He told her to try some on; she countered that he should do so instead. He asked her to come with him to the dressing room and she agreed. She describes, in graphic detail, what happened next:

The moment the dressing-room door is closed, he lunges at me, pushes me against the wall, hitting my head quite badly, and puts his mouth against my lips. I am so shocked I shove him back and start laughing again. He seizes both my arms and pushes me up against the wall a second time, and, as I become aware of how large he is, he holds me against the wall with his shoulder and jams his hand under my coat dress and pulls down my tights.

I am astonished by what I’m about to write: I keep laughing. The next moment, still wearing correct business attire, shirt, tie, suit jacket, overcoat, he opens the overcoat, unzips his pants, and, forcing his fingers around my private area, thrusts his penis halfway — or completely, I’m not certain — inside me. It turns into a colossal struggle. I am wearing a pair of sturdy black patent-leather four-inch Barneys high heels, which puts my height around six-one, and I try to stomp his foot. I try to push him off with my one free hand — for some reason, I keep holding my purse with the other — and I finally get a knee up high enough to push him out and off and I turn, open the door, and run out of the dressing room.

The White House told New York Magazine, “This is a completely false and unrealistic story surfacing 25 years after allegedly taking place and was created simply to make the President look bad.”

Carroll, for her part, says she did not report the incident to police at the time, but told two friends, both of whom confirmed to New York that she had done so.

“Why haven’t I ‘come forward’ before now?” she asks.

“Receiving death threats, being driven from my home, being dismissed, being dragged through the mud, and joining the 15 women who’ve come forward with credible stories about how the man grabbed, badgered, belittled, mauled, molested, and assaulted them, only to see the man turn it around, deny, threaten, and attack them, never sounded like much fun. Also, I am a coward,” she continues.

As Carroll notes, she is one of many women to say that Trump assaulted or harassed them — a number of whom came forward after the 2016 release of the Access Hollywood tape, in which he was heard bragging about his ability to grab women “by the pussy.” He and some supporters dismissed the tape as “locker-room talk” at the time of its release, but several women have said it accurately describes his actual behavior toward them.

In Carroll’s piece, Trump is one of several “hideous men” she describes, beginning with a man who assaulted her when she was in college. “Every woman, whether consciously or not, has a catalogue of the hideous men she’s known,” Carroll writes.

For her, Trump wasn’t the first. But, she writes, he was the last.