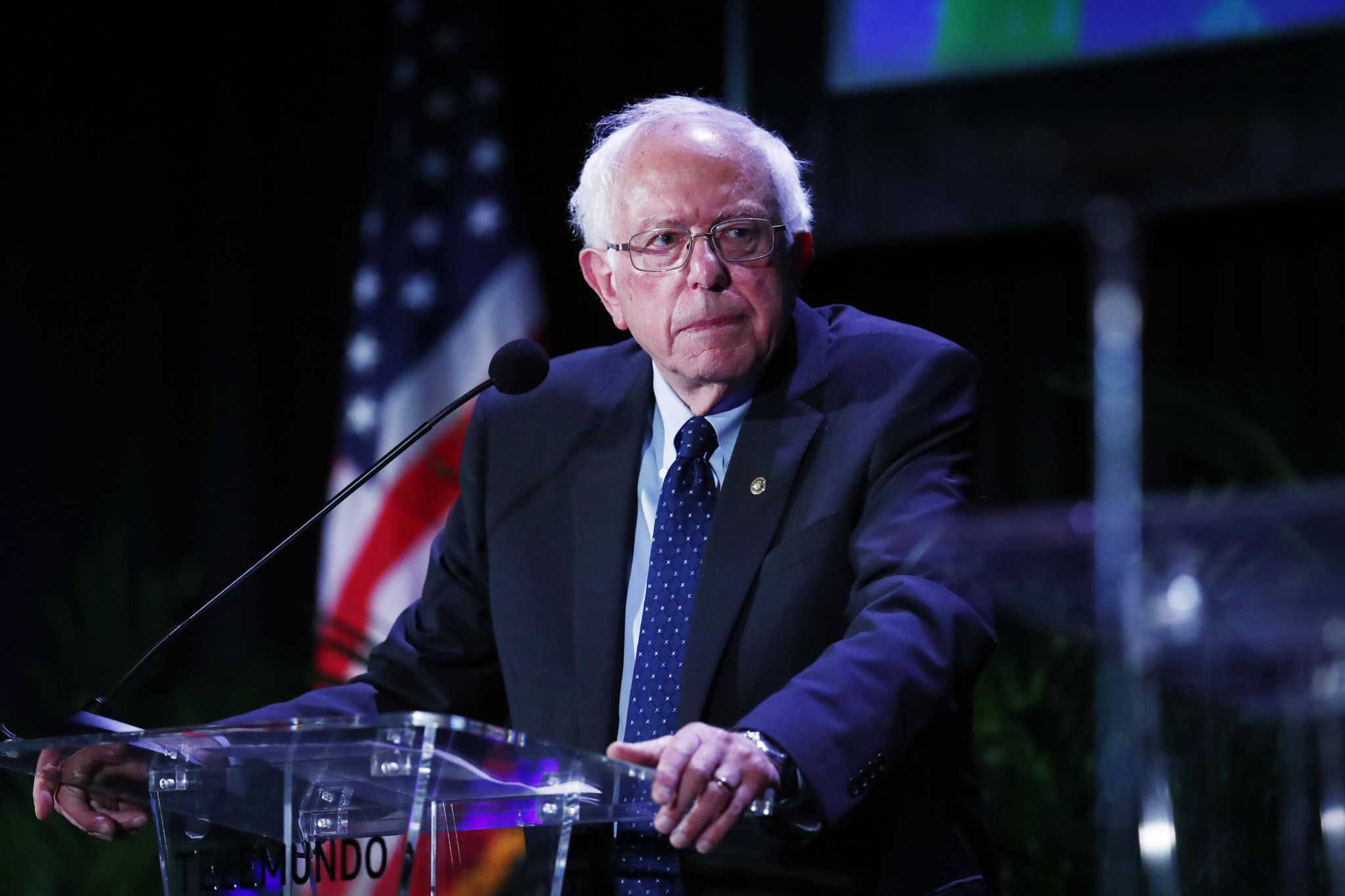 WASHINGTON - Sen. Bernie Sanders, I-Vt., will propose on Monday eliminating all $1.6 trillion of student debt held in the United States, a significant escalation of the policy fight in the 2020 Democratic presidential primary two days before the candidates' first debate in Miami.

Sanders is proposing that the federal government pay to wipe clean the student debt held by 45 million Americans - including all private and graduate school debt - as part of a package that also would make public universities, community colleges and trade schools tuition-free.

Sanders is proposing to pay for these plans with a tax on Wall Street his campaign says will raise more than $2 trillion over 10 years, though some tax experts give lower revenue estimates.

Sanders will be joined Monday by Rep. Ilhan Omar, D-Minn., who will introduce legislation in the House to eliminate all student debt in the United States, as well as Rep. Pramila Jayapal, D-Wash., co-chairwoman of the Congressional Progressive Caucus, who has championed legislation to make public universities tuition-free.

These proposals have faced fierce objections, including from some moderate Democrats, for giving taxpayer subsidies to educated Americans who, on average, have higher earnings than those with only a high school degree.

Advocates say the push reflects the growing recognition of the economic harm created by the nation's soaring student debt burden, particularly on the millennial generation, which ballooned from $90 billion to $1.6 trillion in about two decades, according to federal data.

"This is truly a revolutionary proposal," said Sanders, who is announcing the plan with the support of Rep. Alexandria Ocasio-Cortez, D-N.Y., and a handful of other House Democrats. "In a generation hard hit by the Wall Street crash of 2008, it forgives all student debt and ends the absurdity of sentencing an entire generation to a lifetime of debt for the 'crime' of getting a college education."

Sanders is proposing to pay for the legislation with a new tax on financial transactions, including a 0.5% tax on stock transactions and a 0.1% tax on bonds. Such a levy would curb Wall Street speculation while reducing income inequality, according to a report by the Century Foundation, a left-leaning think tank, though conservatives warn it would stunt economic growth and investment.

Conservatives and moderate Democrats are likely to raise concerns about these student debt forgiveness plans. They have pointed out that Democratic presidential candidates, including Sanders, have pushed more than a dozen expensive federal projects - including Medicare-for-all, the Green New Deal and large infrastructure improvements - projected to cost substantially more than the $1.5 trillion GOP tax law approved in 2017, at a time of already high deficits.

"The cost will march toward $3 trillion and benefit a lot of wealthy families and future high-earners," said Brian Riedl, an analyst at the Manhattan Institute, a libertarian-leaning think tank. "Of all problems requiring a $3 trillion federal expenditure, the college costs of middle- and upper-class college graduates seem lower-priority."

A fierce debate has raged in left-leaning policy circles as well as over whether canceling student debt offers too much help to families with higher incomes. The top 40% of earners would receive about two-thirds of the benefits from Warren's plan, according to Adam Looney, a former Treasury official under President Barack Obama who is now at the Brookings Institution, a center-left think tank.

That number is likely to be higher under Sanders' plan, given that proposals by Warren and Castro do not call for wiping clean the debt of those earning over six figures. Warren has proposed forgiving up to $50,000 in student debt for those earning under $100,000, or about 42 million people. Under Castro's plan, borrowers would not have to repay their loans until their income rose above 250% of the federal poverty line - about $64,000 for a family of four - after which it would be capped.

Sara Goldrick-Rab, a professor at Temple University who specializes in higher-education financing, said she had mixed feelings about plans such as the one proposed by Sanders that involve forgiving all student debt.

Other experts say these criticisms miss the mark. If the plans are paid for with higher taxes on affluent Americans, they will ultimately redistribute resources down the income distribution, said Marshall Steinbaum, a former researcher at the Roosevelt Institute who was recently hired as an economics professor at the University of Utah.

Student debt forgiveness would also help stimulate economic growth by freeing borrowers to buy homes and improve their credit, while primarily benefiting racial minorities, according to Steinbaum and researchers at the Levy Institute, a left-leaning think tank.

Omar, who has student debt, said in a statement that the plan would "unleash billions of dollars in economic growth."

Additionally, poorer Americans would see the percentage of their income held in debt fall much more dramatically than that of higher earners under the plan, Steinbaum said. Steinbaum has also disputed Looney's analysis, arguing that it ignores people who have so much debt that they cannot pay it off.

The difference in these plans may reflect a wider debate in the Democratic Party over how to tailor government programs.

Sanders has proposed universal government programs whose benefits also go to the rich and do not depend on recipients' earnings. Sanders's Medicare-for-all plan, for instance, would offer government health insurance to every American regardless of income, a break from Obama's Affordable Care Act, which aimed to expand insurance primarily to low-income individuals.

Supporters say making government programs also available to the affluent makes them more politically durable, citing the popularity of programs such as libraries and K-12 public education, though critics say such programs offer help to those who do not need it.

Warren, for instance, has proposed a plan that would make child care free only for those earning up to $51,200, in the case of a family of four.

Her approach also makes her plans much less likely to require tax hikes on middle-class Americans. She has said she can pay for these programs with tax hikes on people with more than $50 million and on corporations with more than $100 million in profits - math that is made easier because her plans cut off those above a certain income bracket. Sanders has embraced higher taxes on the middle class, saying families will benefit overall by seeing other expenses reduced.

Critics are likely to say Sanders' plans reflect his attempts to distinguish himself from Warren, who has risen in the polls during the past several months of the Democratic primary, sometimes overtaking Sanders' No. 2 position in polling behind former Vice President Joe Biden.

Like Sanders, Warren has crusaded against rising income inequality and released detailed proposals for taking on Wall Street and expanding government programs.

Sanders' higher-education plan may reflect other ways he is attempting to stake out the left flank of the primary. For instance, his previous free-college-tuition plan in Congress would eliminate tuition and fees only at four-year public colleges for those making up to $125,000, the result of a compromise he reached with Hillary Clinton after the 2016 presidential campaign.

Sanders previously campaigned on free college tuition, regardless of income, in 2016.