San Francisco – The Feces Capital Of The World – Bans E-Cigarettes 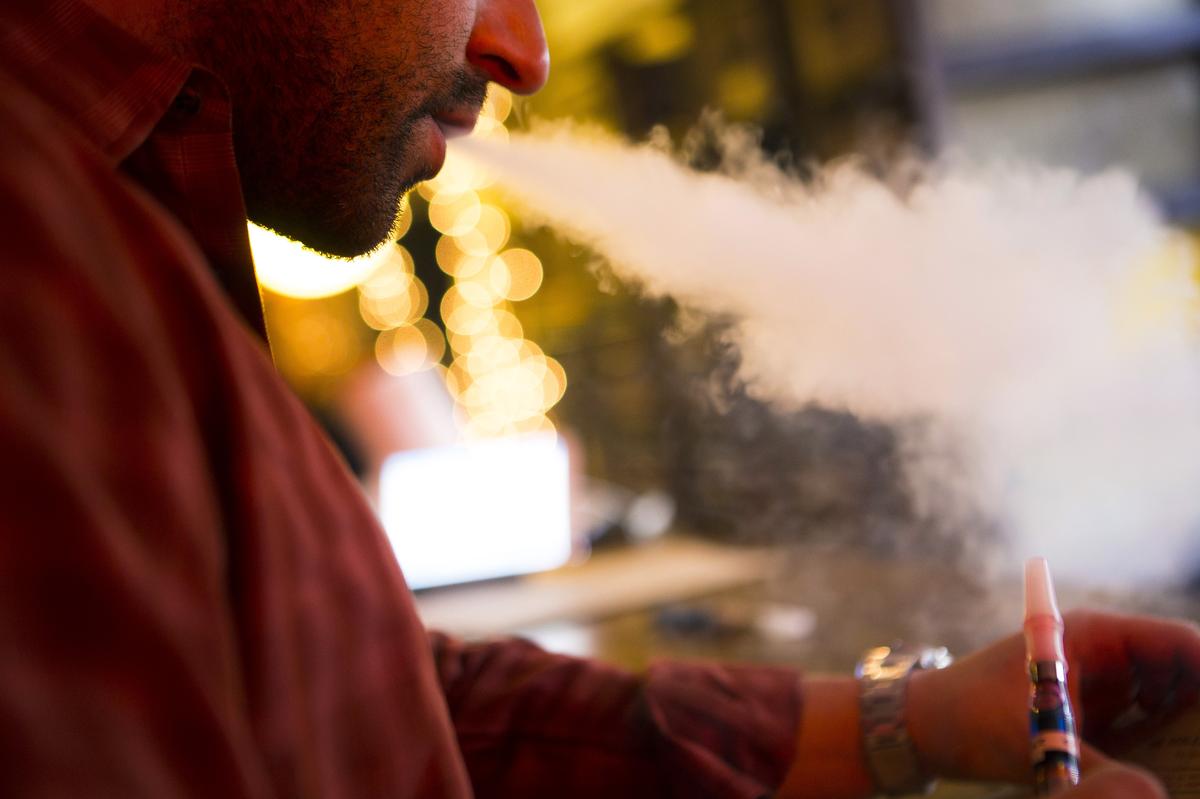 (Reuters) – San Francisco will become the first major city in the United States to ban the sale of e-cigarettes as officials look to control the rapid uptick in teenage use of nicotine devices made by companies such as Juul Labs Inc.

A customer puffs on an e-cigarette at the Henley Vaporium in New York City December 18, 2013. REUTERS/Mike Segar

The San Francisco Board of Supervisors approved the ordinance on Tuesday, banning the sale and distribution of e-cigarettes until they have approval from the U.S. Food and Drug Administration.

States and cities across the United States have already moved to ban flavored e-cigarettes and raise the legal age for purchasing tobacco products to 21, but San Francisco’s new approach is the most far-reaching yet.

No other major cities have proposed a similar hardline ban, though San Francisco’s move could lead others to consider it.

The city council in Beverly Hills, California, this month approved a ban on the sale of tobacco products beginning 2021, though it carved out exceptions for some cigar lounges and hotels.

Juul, which is based in San Francisco and has grown to be the dominant e-cigarette maker in the United States, has been at the center of the debate. As its sales soared over the last two years, so did its popularity among teenagers.

Federal data last year showed a 78% increase in e-cigarette use among U.S. high schoolers, and state and local lawmakers have been grappling with how to regulate Juul and other similar products.

San Francisco City Attorney Dennis Herrera, who spearheaded the ordinance earlier this year, praised the move and said it was necessary because of what he called an “abdication of responsibility” by the FDA in regulating e-cigarettes.

E-cigarettes have existed in a regulatory gray area for years. Its makers originally faced a 2018 deadline to submit applications to the FDA to sell products, but the deadline was pushed back to 2022.

Amid the surge in teenage use, the FDA in March moved up that deadline to 2021. A separate court case from anti-tobacco groups may force the FDA to set an earlier deadline.

“This lack of clarity is causing tremendous confusion at the same time that a whole new generation of young people are getting addicted to nicotine,” Herrera told Reuters. “The explosion in youth use and the health risks to young people are undeniable.”

San Francisco Supervisor Shamann Walton, who sponsored the ordinance, said he has been constantly hearing from young people about e-cigarettes and “how readily available they are in schools, the fact that they’re easily hidden from educators.” After Tuesday’s vote, Juul spokesman Ted Kwong said the ban “will drive former adult smokers who successfully switched to vapor products back to deadly cigarettes, deny the opportunity to switch for current adult smokers, and create a thriving black market instead of addressing the actual causes of underage access and use.”

He said the company has already taken steps to prevent underage use and has proposals of its own to prevent sales to minors in the city.

Juul, in which Marlboro maker Altria Group has a 35% stake, has pulled popular flavors such as mango and cucumber from retail store shelves and shut down its social media channels on Instagram and Facebook.

FDA spokesman Michael Felberbaum declined to comment on the San Francisco ban, but said the agency is “committed to continuing to tackle the troubling epidemic of e-cigarette use among kids,” including limiting access to flavored e-cigarettes and cracking down on companies and retailers who sell to minors.

E-cigarettes are generally thought to be safer than traditional cigarettes, which kill up to half of all lifetime users, according to the World Health Organization, but the long-term health effects of the nicotine devices remain largely unknown.

Bruce Colbert, who was at a tobacco retailer called the Smoke Shop in San Francisco, said the ordinance will harm people like him who are trying to stop smoking cigarettes.

“You can get high. You can get drunk, too. But you can’t vape to cut back on your cigarettes,” he said. “Either I go back to smoking cigarettes full time, or go across the Bay and go somewhere else. No big deal.”

Juul spokesman Kwong disagreed that the ballot initiative would affect the flavor ban, but said it would supersede the e-cigarette ordinance approved on Tuesday.

The ballot measure, if approved, would put in place regulations favored by Juul, which it says would “ensure that underage access and use is addressed comprehensively but adults aren’t driven back to cigarettes.”

The e-cigarette ban will go into effect early next year, according to the city attorney’s office, and will apply to both online and brick-and-mortar sales in San Francisco.

City officials also passed a separate ordinance prohibiting the manufacture and distribution of all tobacco products on city property.