Trump: Legislation May Be Necessary to Create Competition on Social Media 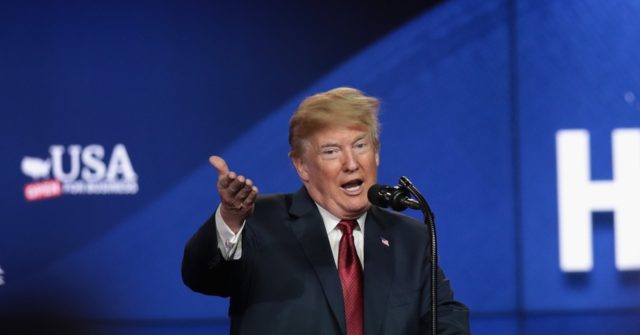 During a phone interview on Tuesday’s “Mornings with Maria” on Fox Business Network, President Donald Trump discussed the bias found on social media in the wake of leaked Google documents showing bias against conservatives.

Trump told host Maria Bartiromo that people tell him all of the time they cannot follow him on Twitter.

“Twitter is just terrible at what they do,” Trump stated. “They don’t let you get the word [out].”

Bartiromo then asked if competition or legislation would fix the issue with social media platforms silencing people for their political views.

“You may need legislation in order to create competition,” the president replied.

He later added, “[Tech companies] should be sued, because what’s happening with the bias and now you see it with that executive yesterday from Google, the hatred for the Republicans. It’s not even like, ‘Gee, let’s lean Democrat.’ The hatred.”