Fact Check: U.S. Taxpayers Pay $18.5B a Year for Healthcare for Illegals 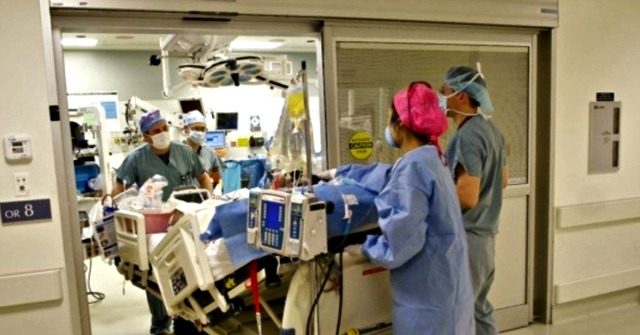 During the second night of debates for the 2020 Democrat presidential primary candidates, every Democrat — including Joe Biden, Kamala Harris, Bernie Sanders, and Pete Buttigieg — said they supported having American taxpayers pay for free health care for all 11 to 22 million illegal aliens living in the country.

The latest research by Chris Conover from the Center for Health Policy and Inequalities Research at Duke University reveals that every year, American taxpayers pay nearly $20 billion for healthcare for illegal aliens.

Conover wrote the analysis in Forbes:

Current federal policy is to prohibit federal tax funding of health care to unauthorized immigrants through either Medicaid or Obamacare. Nevertheless, rough estimates suggest that the nation’s 3.9 million uninsured immigrants who are unauthorized likely receive about $4.6 billion in health services paid for by federal taxes, $2.8 billion in health services financed by state and local taxpayers, another $3.0 bankrolled through “cost-shifting” i.e., higher payments by insured patients to cover hospital uncompensated care losses, and roughly $1.5 billion in physician charity care. [Emphasis added]

In addition to these amounts, unauthorized immigrants likely benefit from at least $0.9 billion in implicit federal subsidies due to the tax exemption for nonprofit hospitals and another $5.7 billion in tax expenditures from the employer tax exclusion. [Emphasis added]

Every year, Americans are forced to pay about $116 billion in total expenses for the millions of illegal aliens living in the U.S.

« Watch – Cruz to Christian Conservatives: We Are Not Going to Let Big Tech Silence Us – BreitbartRicky Gervais Calls Out Milkshake-Throwing Leftists: Same People Who Think ‘Saying Things’ is Violence »