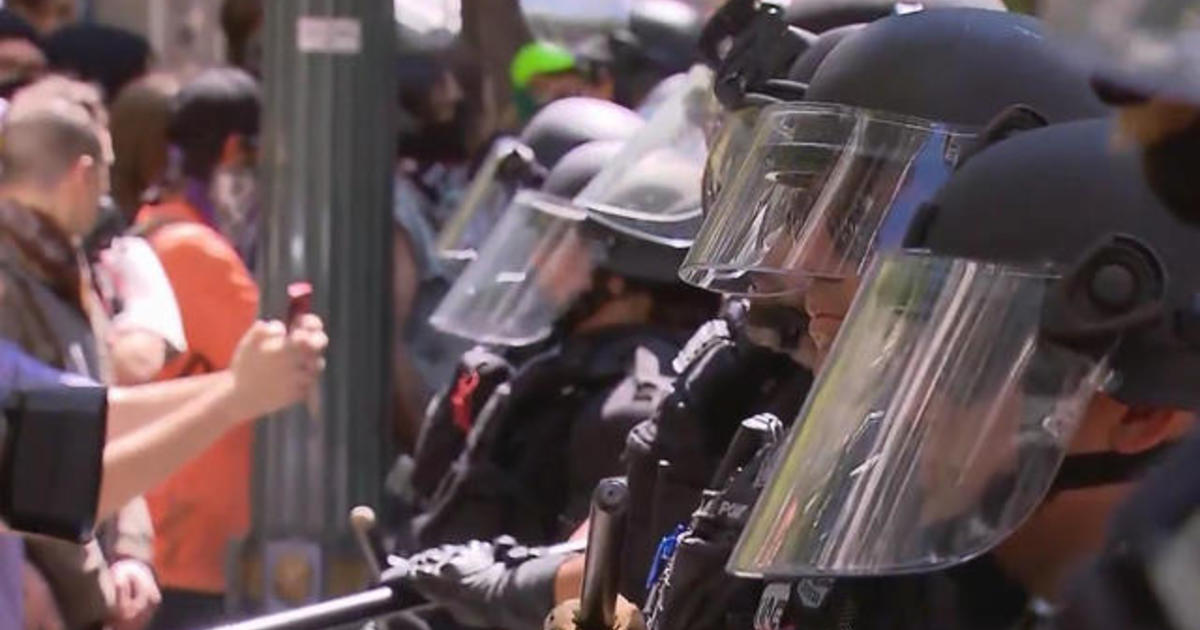 Washington — Police in Washington, D.C., will be on alert Saturday for possible clashes between right-wing groups and counter-protesters holding demonstrations in the nation's capital. A "Demand Free Speech" rally is planned for Freedom Plaza, just a few blocks from the White House.

Hours before the rival rallies, there was already an extremely heavy police presence at Freedom Plaza. Police say they're hoping for safe and peaceful demonstrations. That's not what happened last week in Portland, Oregon, when clashes broke out between rallies by right-wing groups and counter-protesters.

One of the groups involved in the Portland demonstration was the so-called Proud Boys, who have been labeled a hate group by the Southern Poverty Law Center and banned from Facebook. The Proud Boys are expected to attend Saturday's demonstration.

Other speakers scheduled for the demonstration include conservative and controversial names like Milo Yiannopoulos and, according to the rally's website, former Trump campaign adviser Roger Stone. Stone still remains under a gag order, which actually blocks him from publicly discussing his ongoing legal case stemming from Special Counsel Robert Mueller's investigation.

Counter-demonstrations are expected across the street from the demonstration at Pershing Park. The counter-protesters say their goal is to outnumber the other protest, and stop the alt-right and white nationalism from spreading.

The park service said it's given the two groups permits to demonstrate. Federal agencies are working with local police to make sure the protests stay calm.