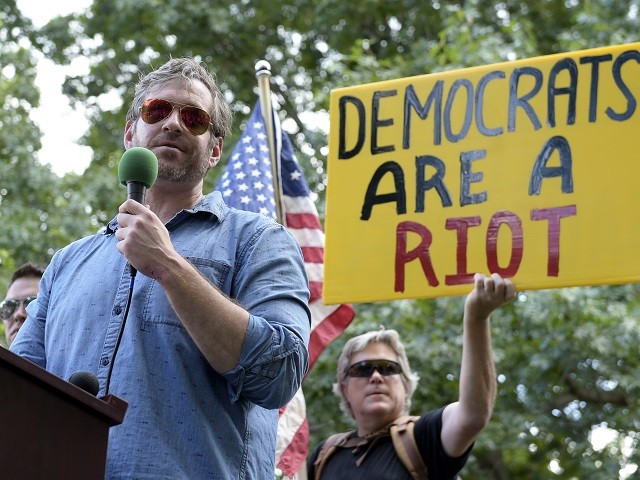 “This victory shows that Andrew Breitbart’s spirit is alive and well,” said Cernovich in a comment to Breitbart News.

“The lawsuit to unseal the Jeff Epstein records came from a citizen journalist and was ignored by the D.C. media class. Never back down and never give up.”

On the evening of July 6, just three days after a judge ordered the unsealing of the court records, Epstein was finally arrested in New York on allegations of child sex trafficking.

Epstein is already a convicted sex offender, having pleaded guilty to sex with girls as young as 14 in 2008, for which he was given an 18-month jail sentence.

However, he was not sent to state prison and was allowed “work release” to his office for 12 hours a day, six days a week. Epstein served 13 months in jail before being released on probation.

Cernovich’s battle to unseal the records began with a filing on January 19, 2017, with an intervention to unseal the summary judgement record on the Epstein case. He was joined in this motion by attorney Alan Dershowitz and the Miami Herald, which has closely investigated the Epstein story.

Writing on his personal blog, Cernovich attacked mainstream media commentators for trying to ignore the fact that he initiated the effort to unseal the records.

“Anyone claiming I wasn’t first to file, at considerable personal and financial risk to myself, is simply lying.”

“A lot of people say, ‘Why do you care who gets credit?’… In the real world, issues like these matter, as this stuff isn’t free or inexpensive.”

“And going after billionaire pedophiles is the kind of stuff that gets you hurt or worse.”

Allum Bokhari is the senior technology correspondent at Breitbart News. You can follow him on Twitter, Gab.ai and add him on Facebook. Email tips and suggestions to allumbokhari@protonmail.com.