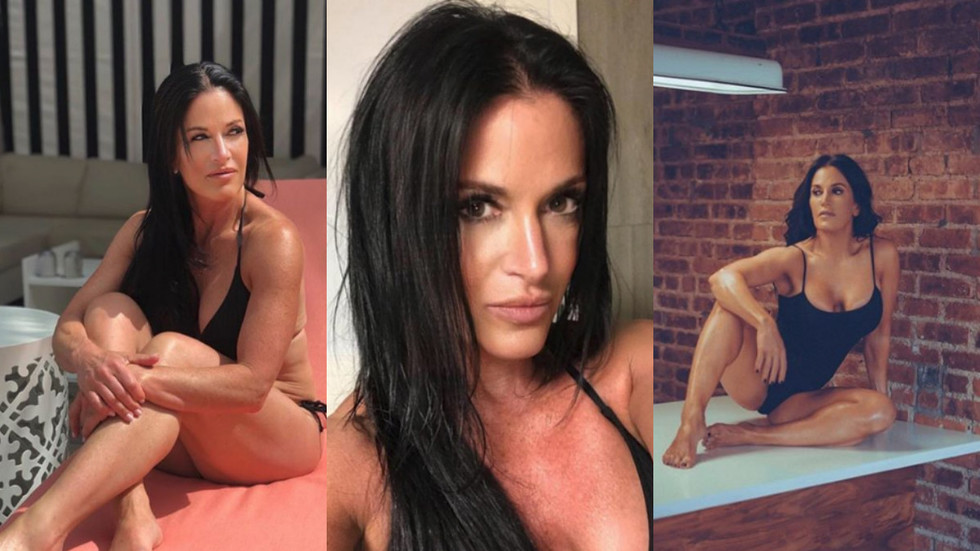 Fifty-eight-year-old former 'Fitness America' champion Jodi Harrison-Bauer is committed to growing old glamorously, and her latest battle in the war against father time is to become Sports Illustrated's oldest ever swimsuit model.

At an age where most women have conceded defeat against gravity, Harrison-Bauer is determined to flaunt her toned flesh in SI's 2020 issue, travelling to Miami in an attempt to become the most senior swimsuit model to feature in the famous glossy.

SI have never featured a model over the age of 50 who isn't a sports star or swimsuit model, but Harrison-Bauer, who owns the 'Jodi Fitness' chain of gyms in Connecticut, is determined to set a trend for mature models.

“I saw there were no specific age categories,” mother-of-two Harrison-Bauer told the New Haven register. “That was my loophole to go for it.”

Already in her 40s, Harrison-Bauer began competing in fitness shows, becoming a 2-time champion in the Fitness America and Fitness Universe Pageants, and appearing on the cover of Generations Magazine.

In order to get in tip top shape for a shot at potential SI stardom, Harrison-Bauer squeezes in 10 hours of resistance training and weight lifting with cardio each week. Her aim is to inspire other women of the same age to achieve similar dreams.

“Whether I’m chosen or not. I’m doing this as another way to share who I am and encourage others along the way that it’s not too late to try something new,” she said.

“I’m 58 and I’ve never felt so confident in myself. I want to get my message out to all ages, but especially women over 50, to ignore expectations by being bold and stepping out of your comfort zone.”

The oldest model ever featured in an SI shoot is Paulina Porizkova at the age of 54, who featured in the 2018 issue, but  Harrison-Bauer would trump her by a whole four years.

« Beyonce Enrages Tourists After Shutting Down Grand Canyon to Shoot a Music VideoUNDER-REPORTED: ANTIFA ATTEMPTED TO BLOW UP ICE FACILITY »