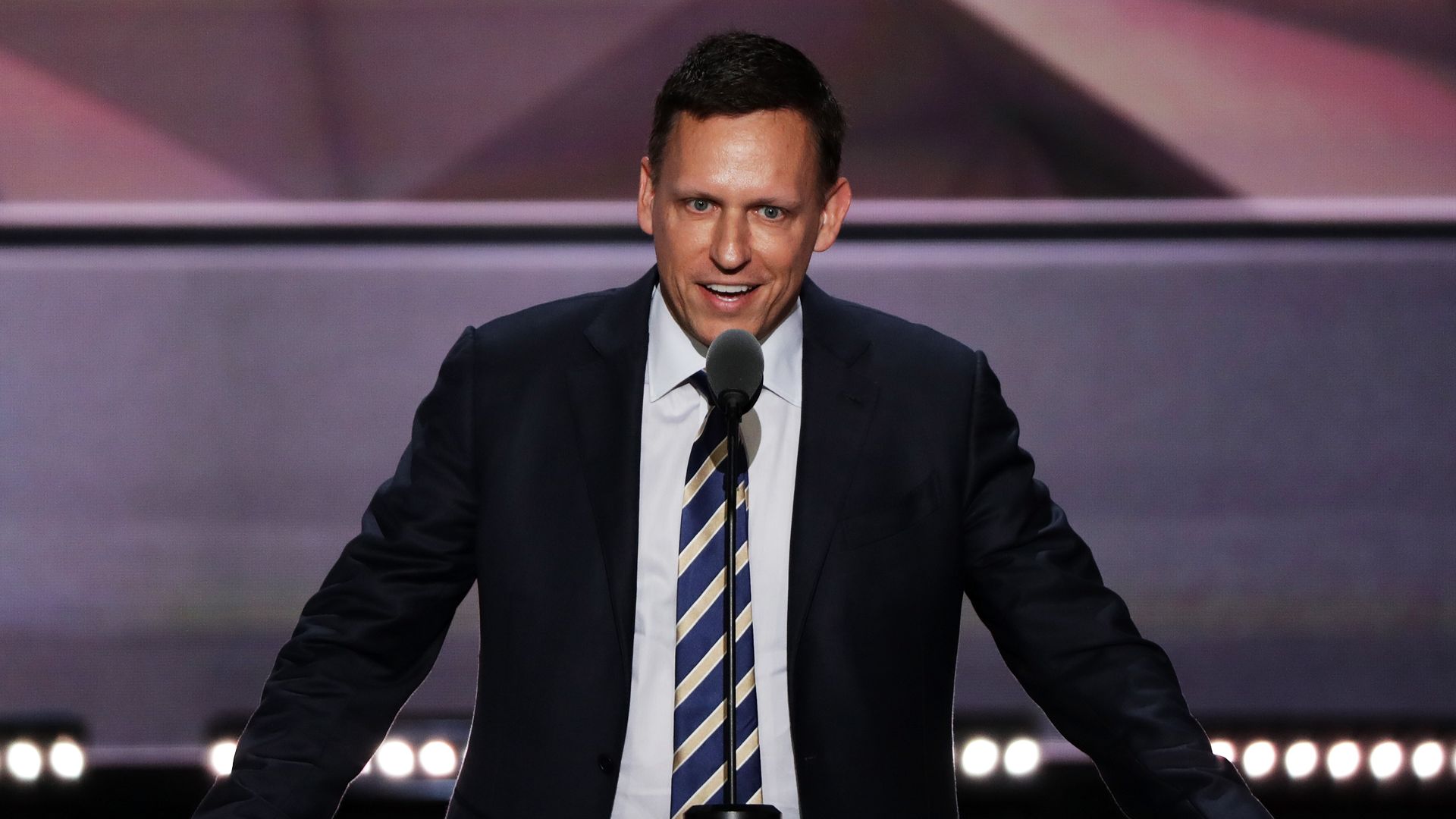 Peter Thiel, billionaire investor and Facebook board member, on Sunday night said that Google should be federally investigated for allegedly aiding the Chinese military.

Why it matters: Thiel is the tech industry's highest-profile Trump supporter, and one of the most powerful players in Silicon Valley.

Thiel spoke at the National Conservatism Conference, a new event that bills itself as being focused on Trump-era nationalism, with part of his speech focusing on "three questions that should be asked" of Google:


"Number one, how many foreign intelligence agencies have infiltrated your Manhattan Project for AI?

Number two, does Google's senior management consider itself to have been thoroughly infiltrated by Chinese intelligence?

Number three, is it because they consider themselves to be so thoroughly infiltrated that they have engaged in the seemingly treasonous decision to work with the Chinese military and not with the US military... because they are making the sort of bad, short-term rationalistic [decision] that if the technology doesn't go out the front door, it gets stolen out the backdoor anyway?"

He also added that those questions "need to be asked by the FBI, by the CIA, and I'm not sure quite how to put this, I would like them to be asked in a not excessively gentle manner."

Thiel did not specifically mention Facebook, but it likely will be mentioned by later speakers at the conference, including Fox News host Tucker Carlson, who has agitated against big tech on the air, and Sen. Josh Hawley (R-Mo.), who is seeking to strip major web platforms of certain legal protections.