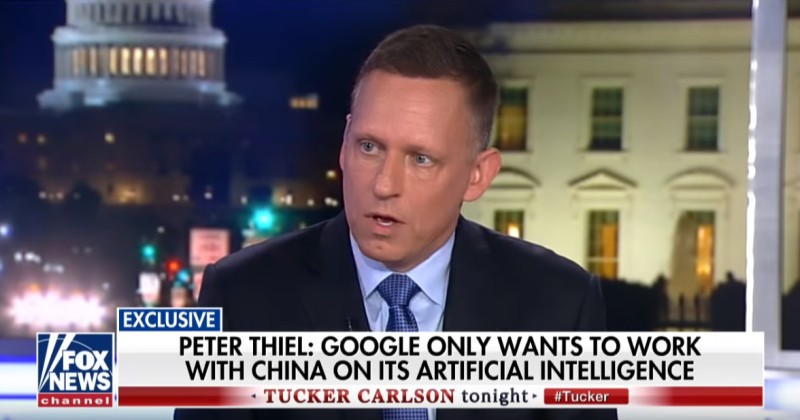 Billionaire investor Peter Thiel says one reason for Google aiding in the transfer of AI technology to the Chinese military in favor of America is that “woke” Google employees are anti-American and prefer China to the U.S.

Thiel appeared on Tucker Carlson’s Fox News show following his call on Sunday for Google to be federally investigated for allowing itself to be infiltrated by the Chinese and the “treasonous decision” to hand them secretive technology.

Peter Thiel says Google employees are aiding the Chinese military in the transfer of advanced technology because of their progressive politics.

Asked why Google was working with the Communist Chinese military on breakthrough AI technology, Thiel said one explanation was the fear that China would acquire the technology anyway via the back door if it was not given to them.

However, according to Thiel, another explanation is the far-left political environment that dominates Silicon Valley.

“There’s probably a broad base of Google employees that are ideologically super left wing, sort of woke, and think that China’s better than the U.S. or that the U.S. is worse than China – it’s more anti-American than anything,” said Thiel.