Colin Kaepernick's Nike commercial is nominated for an Emmy 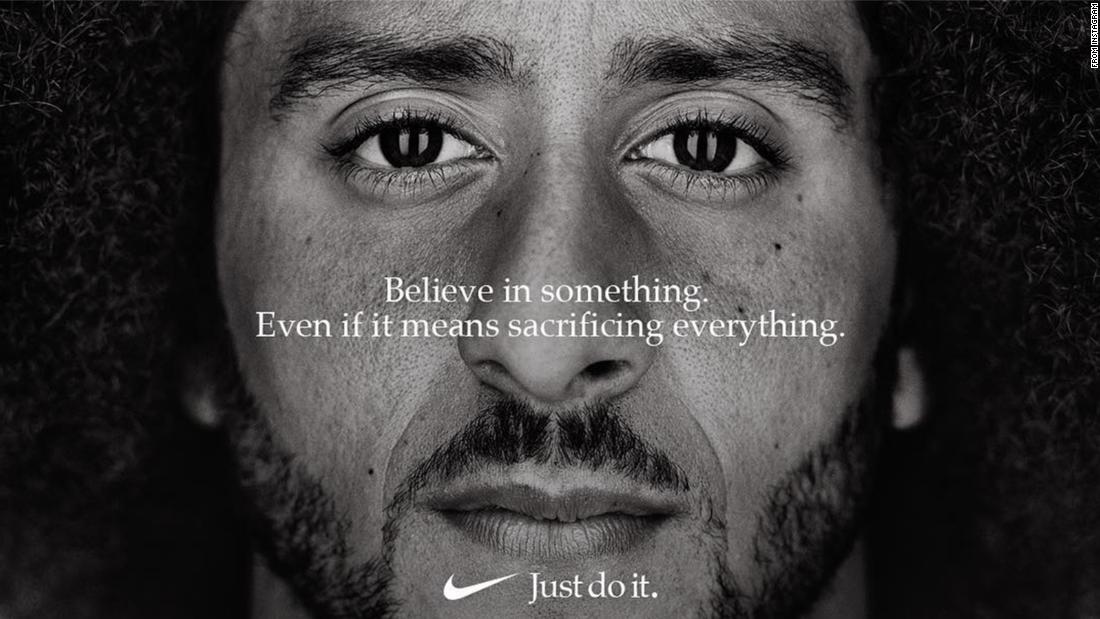 The commercial, titled "Dream Crazy," features Kaepernick alongside other sports legends like Serena Williams and LeBron James, who have reached beyond their personal achievements to support and advance political and social causes.

The commercial is nominated alongside entries from Netflix, Apple and Sandy Hook Promise, a gun violence prevention organization.

the move was seen as a gamble

: Would the former Super Bowl QB, who sparked deep animosity and controversy by kneeling during the National Anthem,

hurt the reputation of the most recognizable athletic brand

The answer, so far, has been a resounding "No." Nike gained tens of thousands of Instagram followers after announcing the campaign in September 2018. Days after unveiling the "Dream Crazy" ad,


Since then, Nike has released several other socially and politically charged ads featuring an array of athletes from different backgrounds. Recently, their Women's World Cup ad got a lot of love, and an ad featuring Serena Williams shook the sports world earlier this year.