Authored by Michael Snyder via The Economic Collapse blog,

Could it be possible that we are on the verge of the next “Lehman Brothers moment”? 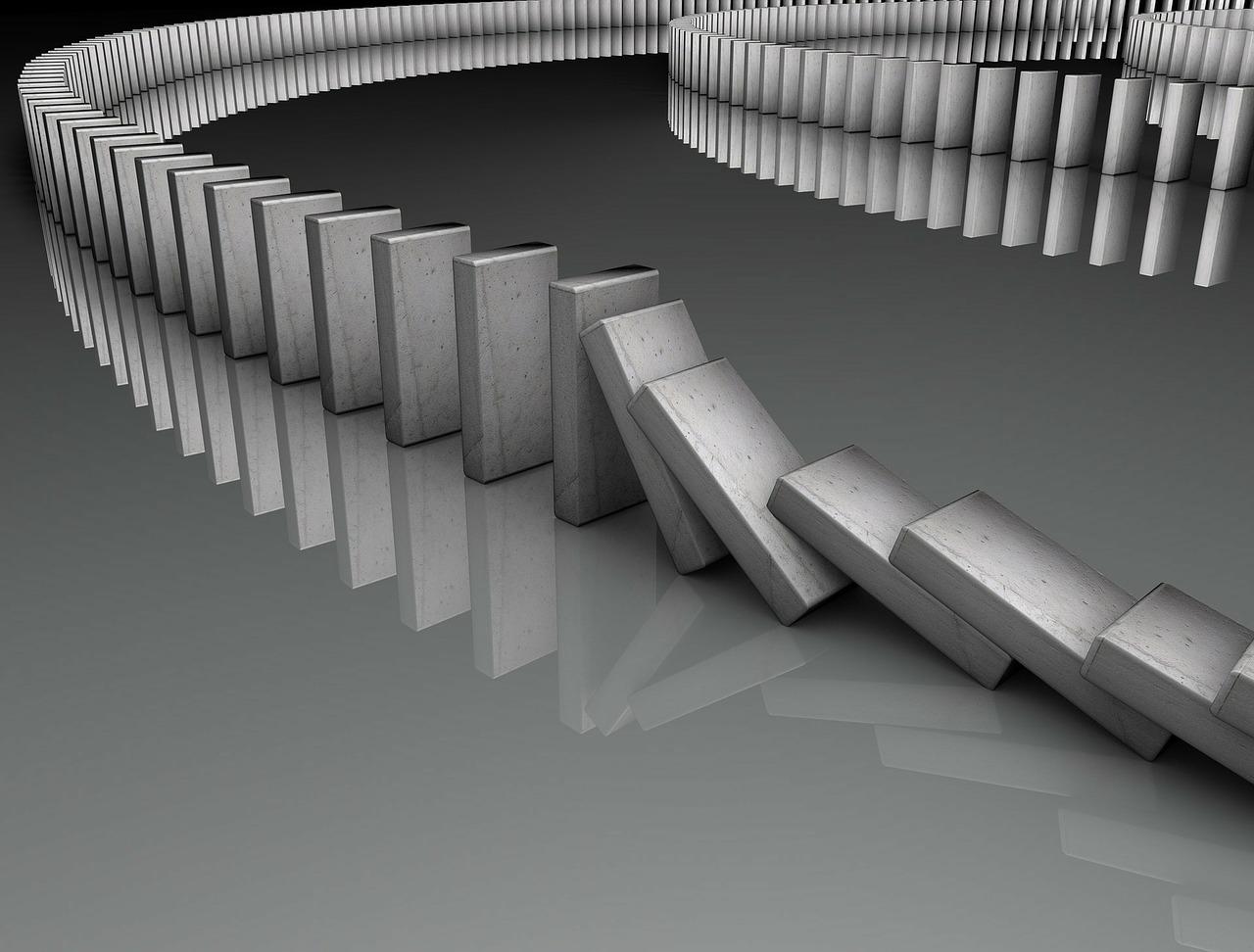 Deutsche Bank is the most important bank in all of Europe, it has 49 trillion dollars in exposure to derivatives, and most of the largest “too big to fail banks” in the United States have very deep financial connections to the bank.  In other words, the global financial system simply cannot afford for Deutsche Bank to fail, and right now it is literally melting down right in front of our eyes.  For years I have been warning that this day would come, and even though it has been hit by scandal after scandal, somehow Deutsche Bank was able to survive until now.  But after what we have witnessed in recent days, many now believe that the end is near for Deutsche Bank.  On July 7th, they really shook up investors all over the globe when they laid off 18,000 employees and announced that they would be completely exiting their global equities trading business…


It takes a lot to rattle Wall Street.

But Deutsche Bank managed to. The beleaguered German giant announced on July 7 that it is laying off 18,000 employees—roughly one-fifth of its global workforce—and pursuing a vast restructuring plan that most notably includes shutting down its global equities trading business.

Though Deutsche’s Bloody Sunday seemed to come out of the blue, it’s actually the culmination of a years-long—some would say decades-long—descent into unprofitability and scandal for the bank, which in the early 1990s set out to make itself into a universal banking powerhouse to rival the behemoths of Wall Street.

These moves may delay Deutsche Bank’s inexorable march into oblivion, but not by much.

And as Deutsche Bank collapses, it could take a whole lot of others down with it at the same time.  According to Wall Street On Parade, the bank had 49 trillion dollars in exposure to derivatives as of the end of last year…


During 2018, the serially troubled Deutsche Bank – which still has a vast derivatives footprint in the U.S. as counterparty to some of the largest banks on Wall Street – trimmed its exposure to derivatives from a notional €48.266 trillion to a notional €43.459 trillion (49 trillion U.S. dollars) according to its 2018 annual report. A derivatives book of $49 trillion notional puts Deutsche Bank in the same league as the bank holding companies of U.S. juggernauts JPMorgan Chase, Citigroup and Goldman Sachs, which logged in at $48 trillion, $47 trillion and $42 trillion, respectively, at the end of December 2018 according to the Office of the Comptroller of the Currency (OCC). (See Table 2 in the Appendix at this link.) 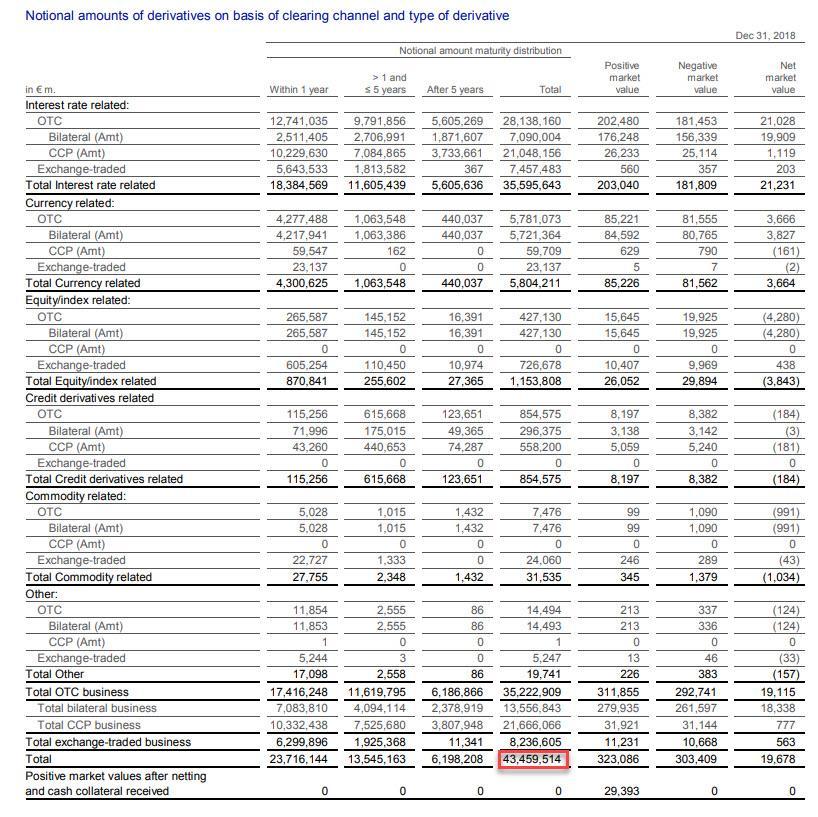 Yes, the actual credit risk to Deutsche Bank is much, much lower than the notional value of its derivatives contracts, but we are still talking about an obscene amount of exposure.

And this is especially true when we consider the state of Deutsche Bank’s balance sheet.  According to Nasdaq.com, as of the end of last year the bank had total assets of 1.541 trillion dollars and total liabilities of 1.469 trillion dollars.

In other words, there wasn’t much equity there at the end of December, and things have deteriorated rapidly since that time.  In fact, it is being reported that a billion dollars a day is being pulled out of the bank at this point.

I know that most Americans don’t really care if Deutsche Bank lives or dies, but as the New York Post has pointed out, the failure of Deutsche Bank could quickly become a major crisis for the entire global financial system…


But the important fact to remember is that Deutsche Bank traded these derivatives with other financial firms. So, is this going to be another Lehman Brothers situation whereby one bank’s problems becomes other banks’ problems?

Pay close attention to this.

If the situation gets out of hand, the Federal Reserve and other central banks will have no choice but to cut interest rates even if it’s not the best thing for the world economies. 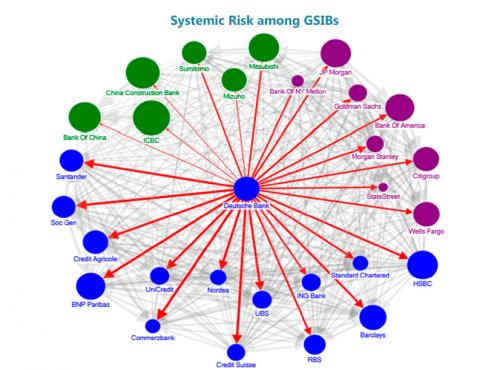 In particular, some of the largest “too big to fail banks” in the United States are “heavily interconnected financially” to Deutsche Bank.  The following comes from Wall Street On Parade…


We know that Deutsche Bank’s derivative tentacles extend into most of the major Wall Street banks. According to a 2016 reportfrom the International Monetary Fund (IMF), Deutsche Bank is heavily interconnected financially to JPMorgan Chase, Citigroup, Goldman Sachs, Morgan Stanley and Bank of America as well as other mega banks in Europe. The IMF concluded that Deutsche Bank posed a greater threat to global financial stability than any other bank as a result of these interconnections – and that was when its market capitalization was tens of billions of dollars larger than it is today.

Until these mega banks are broken up, until the Fed is replaced by a competent and serious regulator of  bank holding companies, and until derivatives are restricted to those that trade on a transparent exchange, the next epic financial crash is just one counterparty blowup away.

The fundamental structural problems that were exposed during 2008 and 2009 were never fixed.  In fact, many would argue that the global financial system is even more vulnerable today than it was back during that time.

And now it appears that the next “Lehman Brothers moment” may be playing out right in front of our eyes.

Now more than ever, keep a close eye on Deutsche Bank, because it appears that they could be the first really big domino to fall.