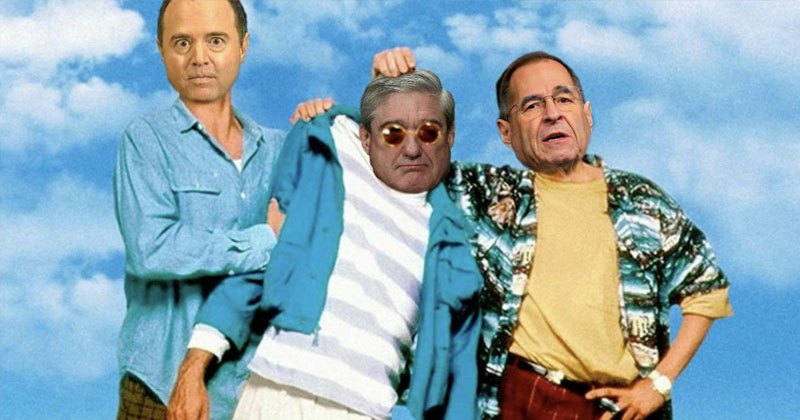 Former Special Counsel Robert Mueller testified before Congress on Wednesday over his report concluding no collusion between Trump and Russia, and the hearing was such a disaster for Democrats and Mueller that the memes could not be held back.

Compare how 'the resistance' has been portraying Mueller for the past 2 years to his actual performance today. pic.twitter.com/N13tDAhXOz

Lady Liberty is Just Somebody Mueller used to know. pic.twitter.com/KPeEPJD8Iq

Mueller frequently asked lawmakers to repeat their questions, and he stammered and mumbled frequently during the televised House Judiciary Committee hearing.

Democrats before and after Mueller Hearing pic.twitter.com/SoX6MR7TYx

"As defined in legal dictionaries, collusion is largely synonymous with conspiracy as that crime is set forth in the general federal conspiracy statute. Now, you said you chose your words carefully. Are you contradicting your report right now?"

Don’t want it unless it impeaches Trump pic.twitter.com/rmnL4c8Mvc

Every exchange in this Mueller hearing is essentially a variation of this meme. pic.twitter.com/nCJLRrPeaj

Live look at everyone who bought the Mueller votive candles pic.twitter.com/Ox04RyxcpJ

Breaking news: federal grand juries in three states are expected to hand out indictments stemming from the theft of classified information from the White House.


via Alex Jones' Infowars: There's a war on for your mind! https://ift.tt/2Zkg5Uw

« General Flynn and His Business Partner Targeted by Mueller and Obama’s Deep State for Reporting Obama and Clinton’s Ties to Islamic Terrorist in PennsylvaniaPresident Trump RIPS Democrats After Mueller Hearing: “They Hurt Themselves… Democrats Lost So Big Today. They Got the Squad Leading the Party” »