Authored by Tsvetana Paraskova via OilPrice.com,

Ukraine’s security services said on Thursday they had detained a Russian oil tanker that had blocked Ukrainian warships near Crimea in November, drawing reaction from Russia which vowed ‘consequences’ should Russians aboard the tanker be taken hostage.

On Thursday, Ukraine’s security service seized Russian tanker Neyma, which Ukraine believes took part in the incident in the Kerch Strait near Crimea in November 2018. 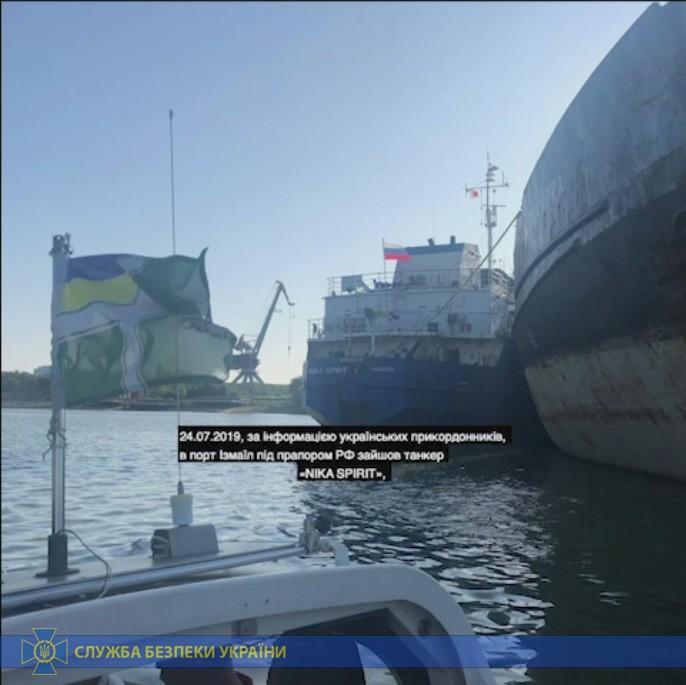 Russia seized at the end of November three Ukrainian ships near Crimea in an incident that risked spilling over into a wider conflict between the two countries, exacerbating the disputes between Moscow and Kiev over oil and gas resources and infrastructure.

Russia—which annexed Crimea in 2014, for which the U.S. and the EU imposed sanctions on Moscow—said at the time that three Ukrainian vessels had violated its state border in waters near Crimea.

Ukraine, for its part, said that it had informed Russia about the plans for the ship movements and said that the seizing of the vessels was “another act of armed aggression” by Russia.

The November 2018 incident was the first open conflict between Russian and Ukrainian militaries in recent years. Tensions had been rising over the access to the Kerch Strait, where the incident took place, and the Sea of Azov.

Today, Ukraine said that it believes that the Neyma was the same ship with a changed name that took part in the seizure of the Ukrainian ships in November. The investigation found that the Neyma tanker changed its name to Nika Spirit to conceal its involvement in the “illegal acts and an act of aggression that took place on November 25, 2018,” Ukraine said.

Russia, for its part, said there would be consequences soon “if Russians have been taken hostages.”

Russian lawmaker Vladimir Dzhabarov, who is deputy chairman of the committee on international affairs at Russia’s upper house of Parliament, said that Ukraine seizing the Russian tanker today was “absolutely illegal.”