Pentagon officials confirmed Thursday night that Iran has test fired a ballistic missile, which occurred late Wednesday, in a new show of defiance amid soaring tensions related to both the continued detention of the British-flagged Stena Impero and Iranian threats that it will resist any US-led or European efforts to "secure" the Strait of Hormuz for Persian Gulf shipping. Fox reports the breaking news as follows:


Iran successfully test-fired a medium-range ballistic missile Wednesday which flew more than 600 miles from the southern part of the country to an area outside the capital, Tehran, in the north, a U.S. official told Fox News

“We are aware of reports of a projectile launched from Iran, and have no further comment at this time,” a senior administration official said.

It's been identified as the Shahab-3 missile, an Iranian-made medium-range, liquid-fueled, road-mobile ballistic missile with a maximum range of 800 miles, and designed to reach regional targets in the Mideast region. Notably it's theoretically capable of reaching Israel.

Citing the 2015 nuclear deal (JCPOA), the report noted it's "not clear whether Wednesday’s test was in violation of any sanctions against Iran." 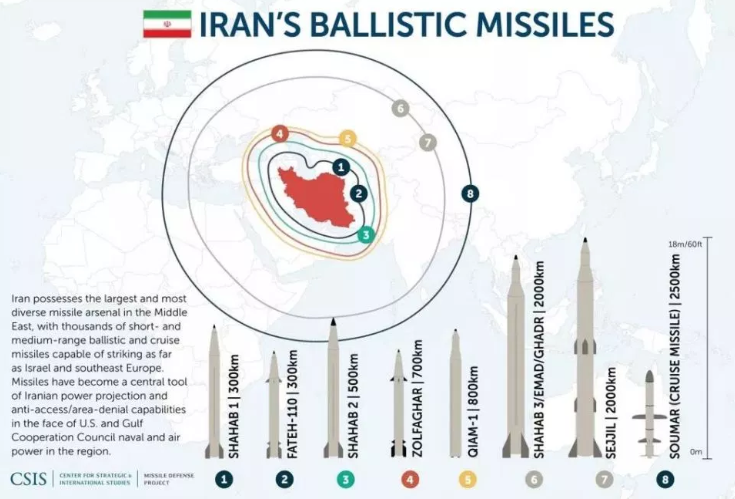 CNN’s Barbara Starr said separately based on Pentagon sources, “While the Shabaab-3 missile did not pose a threat to shipping or U.S. bases, the intelligence assessment is [that] it’s part of Iran’s efforts to improve the range and accuracy.”

This comes as contradictory and accusatory statements have continued to fly this week between Tehran and the Pentagon related to last week's controversial Iranian drone downing. The US Navy says it destroyed up to two Iranian drones after they came within 1,000 yards of the USS Boxer in the Strait of Hormuz, while Iran has continued to deny it lost any drones, with even the suggestion from Iranian officials that the US may have taken out its own drone.

The new missile test has also been made public just as US Secretary of State Mike Pompeo made very surprising remarks, saying in a Bloomberg television interview Thursday that he would travel to Iran for direct talks "if necessary". Asked if he'd contemplate the dramatic step of going to Tehran, Pompeo said:


"Sure. If that's the call, I'd happily go there... I would welcome the chance to speak directly to the Iranian people."

However, he could quickly walk back the statement following news of the latest deeply provocative Iranian missile test.