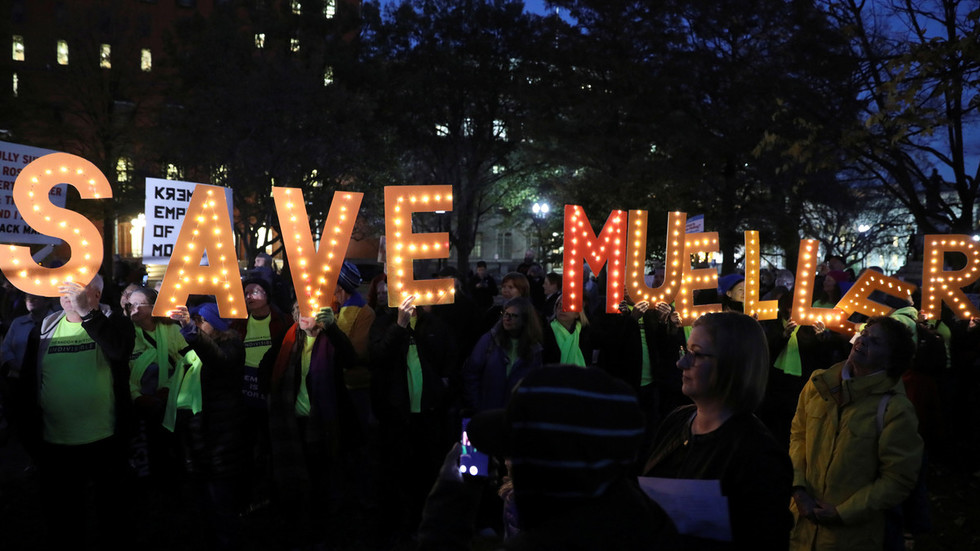 
The utterly anticlimactic hearing saw the ex-special counsel serving up reheated details of his two-year probe into alleged Russian interference in the 2016 presidential election, reminding both the House Judiciary and Intelligence Committees that there was no proof that members of the Trump campaign conspired with Russia. “Hopefully, this will end it all, because Mueller did not have any evidence,” Paul said.


I think we should never use the word Russiagate again. I think we ought to use the FBIgate because there was a conspiracy to try to frame Trump.

“If they have impeachment hearings next year, it is going to backfire on them, just as I think this hearing today backfired on the Democrats,” Paul said, suggesting that lawmakers should instead investigate the origins of the Russia probe – in particular the Steele dossier, which was partially funded by Hillary Clinton’s campaign and the Democratic Party. The document, produced by Fusion GPS, was full of unsubstantiated tales about Trump and helped to kick off the FBI probe, yet when pressed on the key role of the opposition research firm, Mueller didn’t even appear to be familiar with the organization.

Both parties have much bigger problems, Paul pointed out, marveling at how Democrats and Republicans are “bosom buddies,” marching in lockstep on “more debt, more interference, more involvement overseas, more welfare-ism,” yet “they hate each other’s guts when it comes to power.”


The empire’s broke, the empire’s in trouble, yet [both parties] don’t want to talk about that.

« Monsters with Human Faces: The Tyranny of the Police State Disguised as Law-and-Order | By John W. WhiteheadTrump Campaign Posts Hard-Hitting New Video Ad: “The Squad – Meet the Leaders of the Democrat Party” »