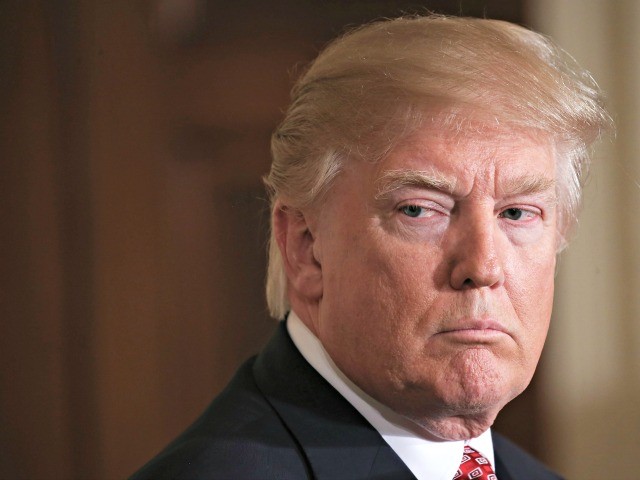 “We may not have won the battle of impeachment,” Deutsch squealed, “but we’re going to win the war of putting him in jail — whatever we have to do, and we’re not going to necessarily play fair.”

So what you have here is an anchor for a major cable news outlet assuring everyone that when it comes to putting an individual in prison, “we’re not going to … play fair.”

This is how far gone the media now are… So angry, so bitter, so demoralized, such a sorry gang of sore losers that they are now promising to put a man in prison, a sitting president, a family man — and, if necessary, rig the proceedings to make it happen.

Even when the media were at their previous worst, which was during the George W. Bush era, never could I have imagined a day when an NBC News anchor would admit on television that his professional goal is to put a political opponent in prison, even if that means cheating and lying and gaming the system to make it happen.

The other interesting part of all this NBCrazy is what has so unraveled the far-left news outlet, what has driven it to finally expose the fascist mask, and that is the death of the impeachment fever dream, a death caused by special counsel Robert Mueller’s disastrous performance Thursday.

Daffy Deutsch knows the impeachment game is over:


Another message for the Democrats: it’s time to move forward. There’s two takeaways from Mueller that we’re going to use as we go to war. Number one: the president broke the law, and when he’s out of office, he can go and will go to jail. And number two: we are vulnerable with our election system.

And, of course, it is “number one” that has Deutsch’s skull splitting in half — the knowledge that any hope for impeachment died the moment Mueller fell apart on the stand under questioning — as the guilty tend to do.

Deutsch also has a very effective nickname for Trump — wait for it, wait for it — “Criminal Trump!”:

Yeah, I’m sure that sounded all kinds of badass while he was lying in bed the night before…

In the light of day, not so much.

What does that even mean, this stuff about how “in two instances, he has been an unindicted criminal”?

Isn’t being an “unindicted criminal” a good thing?

Aren’t we all unindicted criminals — I mean, those of us who have not been indicted as a criminal?

I know I’m an unindicted criminal; it says so on my résumé.

I may get a T-shirt that says “Unindicted Criminal.”

But go back and watch again what has happened to the establishment media, and not at the hands of some lunatic talking head invited to come on to create a YouTube moment, but at the hands of a guy who anchors a show for NBC’s own cable news network…

He is openly promising the #Resistance that “we’re not going to … play fair” (I think we can assume the “we” means NBC News) when it comes to a political crusade to put a political opponent in prison.

Joe Scarborough doesn’t stop him. Nobody stops him. No one says, “Hey, wait a minute. This is still America…”

And no one wants to acknowledge that “not playing fair” to put Trump in prison has already happened, that Democrats and the media and Robert Mueller have already spent more than three years, billions of corporate fake news dollars, and tens of millions of taxpayer dollars to fabricate evidence, intimidate witnesses, and suborn perjury.