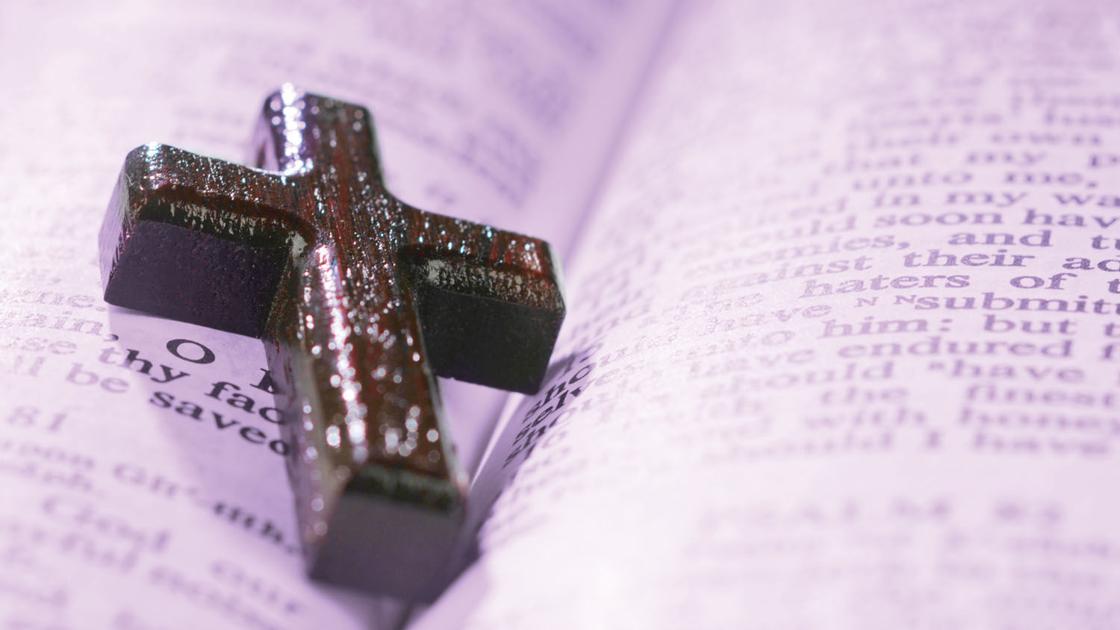 While taking different approaches, everyone worships the same God.

That was the general takeaway from Sunday’s interfaith dialogue, which had the theme “The Same God?”

The event was sponsored by the Interfaith Council of Martinsville and Henry County. Presenters spoke for about 10 to 15 minutes each about their religions, and then a question-and-answer session was held.

Martha Woody, past president of Ohev Zion Synagogue, talked about God from a Jewish perspective; Father Mark White, priest of St. Joseph and St. Francis-Assisi Catholic Churches, talked from a Christian perspective; and Khalil Shadeed of the Islamic Center of Martinsville & Henry County talked talked from the Islamic perspective.

What we understand about God evolves as we go through life, Woody said.

“If we attempt to explain the unexplainable, we fail,” she said.

She gave the example of the Buddhist parable of the six blind men and the elephant. Each of the men could feel a different part of the elephant, but none of them could get an idea of what the elephant as a whole was from the one part he touched. In the same way, people’s understanding of God is limited to their experiences.

White said to worship means to submit oneself to God and to give glory to God. To worship anything other than God “is to deflect from ourselves, who we were meant to be.”

Catholics pray for those of other religions, he said, such as “those who first heard the word of God: Jews.”

He pointed out that the Arabic word for “God” in the Bible Arabic-speaking Christians use is “Allah,” the same name Muslims call God.

The difference in the major religions is that Christians believe God united himself with the human race through Jesus, he said.

Few people take the time to read writings by the scholars of other religions, Shadeed said, and “I think you’ll find it very delightful” to do.

Adherents to the three major religions all are “children of the prophet Abraham,” he said, and worship the same God.

The God of the Muslim religion gives people the freedom to choose their own religious paths, Shadeed said. The Koran also encourages Jews to follow the Torah and Christians to follow the Gospels.

A man in the audience of about four dozen said the idea that the three major religions worship the same God was new to him, and he asked if the presenters had been taught that.

“I struggled with the idea” that they all worshiped the same God, Shadeed said, but once he had read the Koran thoroughly he understood that it was all the same God.

White said “we cannot deny” that we are praying to the same God, who also is the same God whom Jesus himself worshiped.

Jesus says to worship God and to love your neighbor, “and I take that to heart,” Shadeed said.

Someone asked about the Koran directing adherents to kill people of other religions. Another man in the audience replied that it is said once in the Koran, but in the context of battles. Those verses came down for “a specific reason, a specific time, a specific situation,” he said. “It does not apply to me.”

A woman asked how Jews and Muslims see Jesus.

“I can accept Jesus as a historical figure who came in a time when Jews in Palestine were under Roman rule,” Woody said. The idea of Jesus as the son of God is hard to wrap one’s head around, she added.

First United Methodist Church Pastor Keith Ritchie, who opened the session with prayer, said that he is “struck by how much we as people of faith are struck by fear” of what we don’t understand.

Some people are afraid to learn about other religions because they worry increased knowledge might compromise their faith. “I don’t find my faith is compromised,” Ritchie said. “My faith is enriched” through knowledge.

Woody said it is important to understand religious texts in the proper contexts. They were written by nomads who lived in tents in the desert, “and for me to put my 21st century reality on that is not helpful.”

Someone asked if all three religions believe in the same heaven after death.

James Shabazz, the imam of the Islamic Center, said they do.

“Bad people don’t get there, but good people get there,” he said.