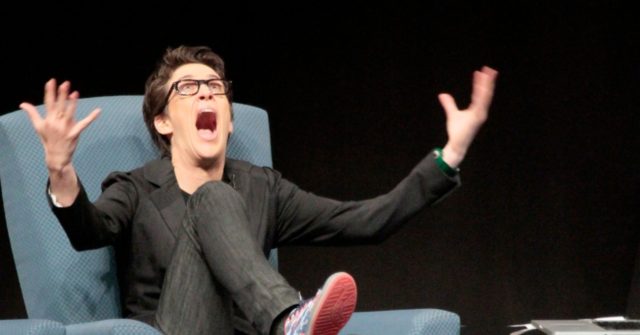 For this first time in nearly a year, Russia Hoax Queen Rachel Maddow has failed to finish in the top three shows among cable news viewers.

If you look  back two years, the Hoax Queen’s fall is even more pronounced: In July of 2017, Maddow was on a hot streak with the number one show in all of cable news for the fifth consecutive month.

You see, there was a time, not that long ago, when Maddow and Sean Hannity were in a death match for the cable news crown. But now she’s sunk to fifth place and the only crown she holds is the number one show on MSNBC, which is itself struggling with a double digit viewership collapse.

Maddow’s ratings problems are of course directly related to issues of trust and integrity.

For nearly three years, Maddow went pedal to the metal spreading the Russia Collusion Hoax like no one else, not even CNNLOL, and once the Mueller Report proved President Trump neither colluded with Russia or obstructed justice, Maddow was left exposed as a liar and fraud.

For nearly three years, Maddow promised her gullible audience Trump would be impeached and arrested, and not necessarily in that order, and then — poof —  the hotly-anticipated Mueller Time! delivered a sobering dose of reality. And for reasons any sane person can understand, a huge chunk of Maddow’s audience felt betrayed and disappointed.

Look at all the lies Maddow told; audacious, totally fabricated and invented lies. Nutso stuff about Russia freezing Americans to death, Trump taking orders directly from the Kremlin, Trump using Cohen to pay off Russian hackers, Putin installing Rex Tillerson as Secretary of State, and that is the least of the crazy.

Eventually, even cult leaders have to pay off. You can only spread certain conspiracy theories for so long before people start to notice there has been no payoff. Whether it’s the Global Warming Hoax or the Russia Collusion Hoax, deadline after deadline after revelation after revelation, continue to prove these are all cults led by cult leaders and grifters with no respect for the people they are trying to swindle.

Maddow went all-in on what she knew was a hoax, and for a couple of years it worked, she was in the running for number one. But now her integrity is forever damaged.

Only a fool would continue to believe anything she says about anything.