The Military-Style Surveillance Technology Being Tested in American Cities 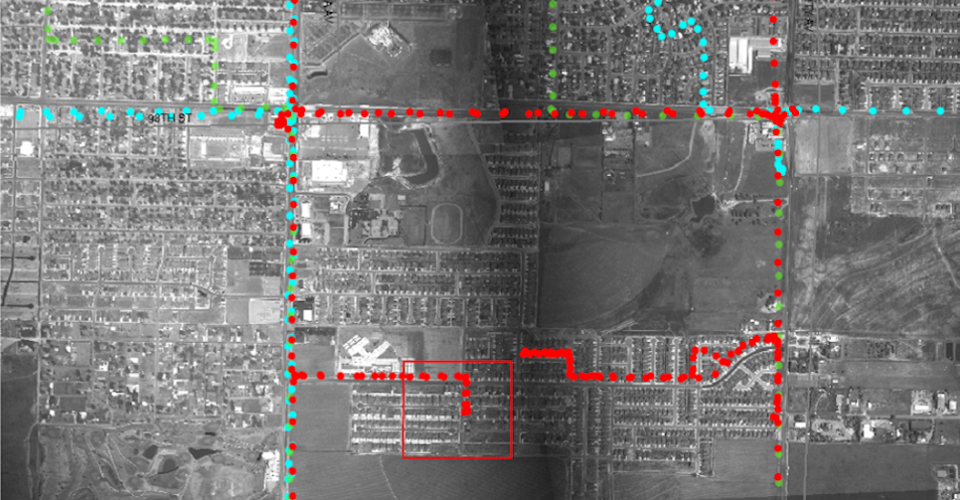 Even the most secretive organizations in the U.S. government are not necessarily safe from aerial observation. In the spring of 1998, an NSA employee who goes by the nickname Cheebie was standing in the parking lot of the agency’s headquarters, in Maryland, when a civilian helicopter equipped with a strange, round object under its nose flew directly overhead. A group of employees inside the building worried that the helicopter crew might have even been able to see into their offices through their open blinds.

Read: Mass surveillance is coming to a city near you

As it turned out, the helicopter was being operated by a film crew working on—believe it or not—Enemy of the State. It was taking a series of establishing shots of the agency’s sleek glass complex. Cheebie and other employees asked the NSA administration whether the agency could have done anything to prevent the flight. They couldn’t. “Believe me,” wrote one public-relations official in response to the queries, “we tried.”

A few days earlier, members of the film’s production team had met with a group of NSA officials, and had explained that they were planning a series of flights over the facility in the following weeks. The officials protested the idea, but there was nothing they could do, legally speaking, to stand in the way. The airspace over the complex is public. All the Enemy of the State crew had to do was file a flight plan and call it a photo mission.

Capitalizing on this gap, as some might call it, in standing privacy law, wide-area-camera manufacturers and users often turn the all-seeing eye on peacetime populations in the United States and elsewhere without their knowledge. PV Labs, a Canadian firm, has flown a “persistent surveillance” camera over various U.S. cities, including Charlotte and Wilmington, North Carolina. The Australian Department of Defence has tested a wide-area camera in exercises over Adelaide and Montreal. The Air Force has spent hours recording Ohio State University’s campus in Columbus.

Such flights continue to this day. In the summer of 2017, the Air Force 427th Special Operations Squadron’s top-secret WAMI airplane spent more than 50 hours flying orbits over Seattle, in some cases loitering over a single neighborhood (Bellevue and Renton were favorites) for four or five hours at a time.

When it comes to law enforcement, police are likewise free to use aerial surveillance without a warrant or special permission. Under current privacy law, these operations are just as legal as policing practices whereby an officer spots unlawful activity while walking or driving through a neighborhood. Say an officer sees marijuana plants through the open window of a house. Because the officer is in a public space—a road or sidewalk—he or she doesn’t need permission to see the illicit plants, or a warrant to photograph the scene.