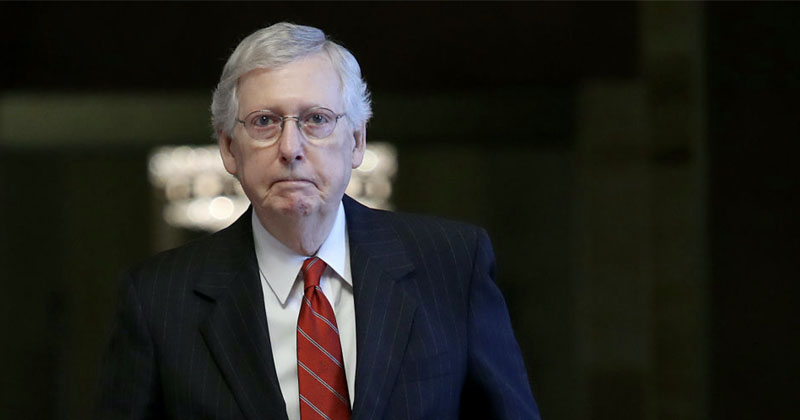 “We appealed and Twitter stood by their decision, saying our account will remain locked until we delete the video.”

It showed a person allegedly calling for violence against Mitch McConnell

In the video, far-left Black Lives Matter activist complained that McConnell should be killed, either by murder or natural causes.

“Just stab the motherfucker in the heart, please,” Helm said of a hypothetical McConnell voodoo doll.

“One of those heart attacks where they can’t breath, and they’re holding their chest and they fall backwards,” she said. “He’s in there nursing his broken arm. He should have broken his raggedy, wrinkled-ass neck.”

Meanwhile, Twitter has allowed, and likely helped propagate, #MassacreMitch to trend after leftists blamed him for the two shootings in El Paso and Dayton last weekend.

Watch the disturbing video Twitter doesn’t want you to see below:


via Alex Jones' Infowars: There's a war on for your mind! https://ift.tt/2YI6p9F