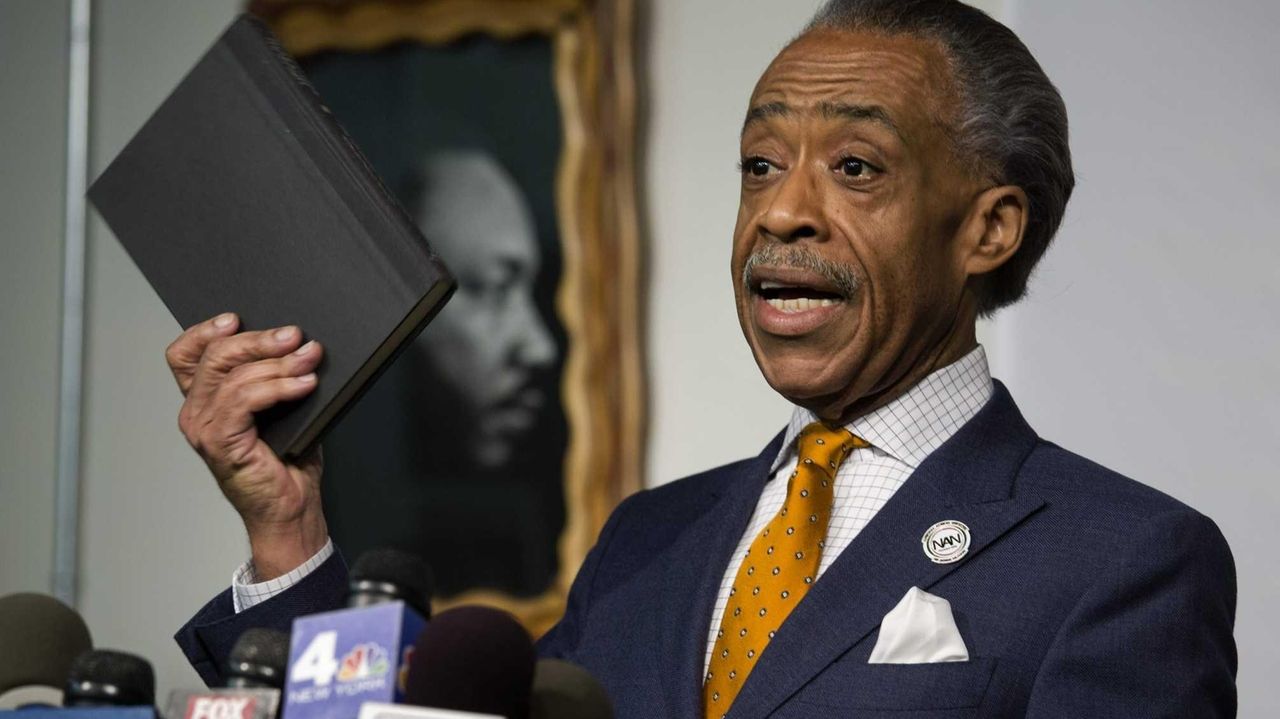 The Rev. Al Sharpton yesterday said he cooperated with federal officials by monitoring Mafia contacts in the 1980s -- and would do it again if his life was threatened.

Responding to a report Monday that his work for the FBI had helped lead to the arrest of organized crime members, Sharpton said he didn't know whether his information did help to snag the Genovese family. He said he did not consider himself an informant, but cooperated with the FBI to rid his community of organized crime.

"I was not and am not a rat, because I was not with the rats," Sharpton told reporters at the Harlem headquarters of his civil rights organization. "I'm a cat. I chase rats."

The line earned the applause of about a dozen National Action Network members. The group was preparing for a national convention that kicks off Wednesday and will feature Mayor Bill de Blasio and President Barack Obama.

Sharpton insisted "there's nothing new about this story" and read a passage aloud from his book, "Go and Tell Pharaoh" about working with authorities. He said he did "what was right" at a time when the city and the music industry were "mobbed to the core."

He encouraged youths to similarly cooperate with law enforcement against crime.

Sharpton said he did not know whether he was "CI-7," or confidential informant No. 7, and did not directly address allegations that he was cooperating with the FBI after getting ensnared in a drug sting, as The Smoking Gun website reported earlier this week.


Get Newsday's Breaking News alerts in your inbox.

"The FBI tried to sting me or entrap me in a drug deal that didn't work, I called back and said, 'I'm being threatened. These are the kind of guys you ought to be going after,' " he said Tuesday.

Sharpton's role as an informant was initially reported by New York Newsday in 1988.

The activist and television host couldn't detail the conversations and the circumstances under which The Smoking Gun alleged he helped to bring down mob bosses such as Vincent "Chin" Gigante, also known as "the Oddfather" because he claimed to feds that he was mentally incompetent and wore a robe and pajamas around Greenwich Village. Sharpton said he recorded conversations with Joseph "Joe Bana" Buonanno but never encountered Gigante.

"We had conversations for the purposes of trying to solicit these guys to repeat the threats," he said. Referencing Gigante, Sharpton said, "The guy with the pajamas: I don't walk around with guys that walk outside in pajamas."

By the time Gigante's Triangle social club was bugged, mobsters knew such places were the objects of FBI surveillance and the tapes made were of minimal value, according to historical accounts of the period.

Gigante, boss of the Genovese family, died in 2005 in federal prison, two years after he admitted in court that his insanity act was a ploy. Buonanno reportedly died in 1998.

However, Garden City defense attorney Barry Levin, who handled a number of cases involving the Colombo crime family, said that Sharpton's role as an informant was openly discussed, particularly after the Newsday stories.

"Throughout the early '90s it was widely known in the federal criminal defense that he was an informant," said Levin about Sharpton. Levin recalled what may have been an inadvertant disclosure of Sharpton's role in some government documents turned over to lawyers representing defendants in a major federal case stemming from a war for control of the Colombo crime family. Sharpton had no connection to that case, Levin said.

Another defense attorney who asked not to be identified recalled hearing about Sharpton's possible informant status as far back as the 1970s and 80s.

The reverend said he has made mistakes but always stuck to his values and has no regrets.

"The only thing I'm embarrassed by, is those old, fat pictures," he said of images of him from the 1980s published in recent news reports.

At an unrelated news conference later Tuesday, de Blasio told reporters he was "very proud" to be Sharpton's friend.

"He was asked by the FBI to support their efforts and he agreed to help . . . I have the exact same positive view of him I had before," de Blasio said.