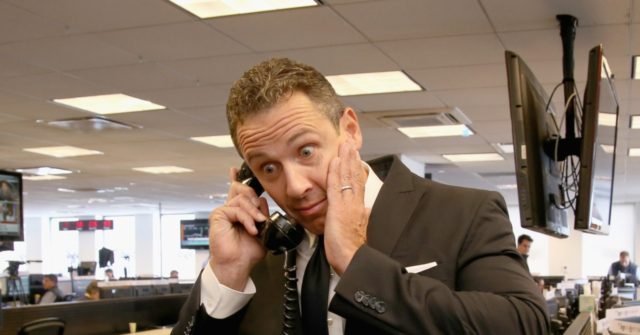 CNN’s Chris Cuomo used a tweet Thursday to suggest the Second Amendment only protected a collective right until Supreme Justice Antonin Scalia read an “individual right” into it.

Do you remember what the 2a was created for? That there was no individual right contemplated until Scalia read it in? If you are an originalist about the constitution you have no basis for thinking you and not the state controls access. https://t.co/j5IAC3NTMZ


Notice the last sentence of Cuomo’s tweet, “If you are an originalist about the constitution you have no basis for thinking you and not the state control access.” He is saying because the Second Amendment only protects a collective right, in his opinion, then the true originalist position is to believe you only have guns if the state says so.

Cuomo did not say whether freedom of speech and religion (First Amendment), the freedom to pursue and possess private property (Third Amendment), and to be secure in our “persons, houses, papers, and effects” (Fourth Amendment) is collective as well. In other words, do we need state permission to speak freely, worship freely, do with our things as we would, and enjoy security in papers and effects?

« Joe diGenova: Durham Investigation Is Going to be a “Very Bad Time for a Lot of Former Obama People Who Broke the Law” (VIDEO)Wurst Idea? Germany to Tax Sausage to Fight Climate Change »