Dennis Prager: Conservatives Not Standing Up to Big Tech Is 'Disturbing' 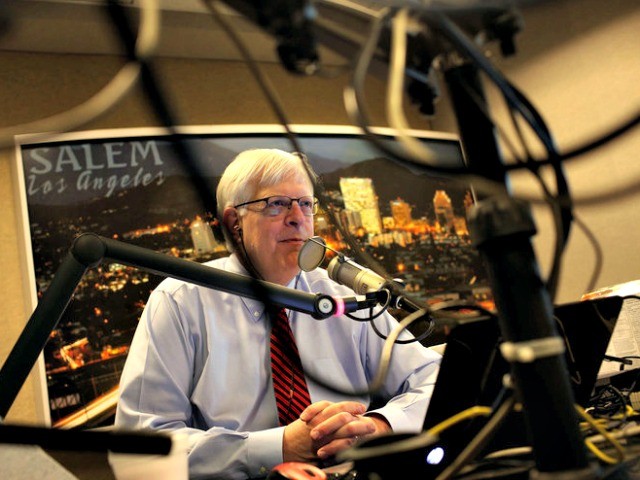 In an op-ed titled “Don’t Let Google Get Away With Censorship,” radio host and founder of Prager University, Dennis Prager, explains why the situation surrounding the regulation of tech firms and online speech is so complex. In the op-ed, Prager states:


PragerU releases a five-minute video every week. As of this writing, 56 of its 320 videos are on YouTube’s restricted list. They include videos such as “Israel’s Legal Founding” (by Harvard Law professor Alan Dershowitz); “Why America Invaded Iraq” (by Churchill biographer Andrew Roberts); “Why Don’t Feminists Fight for Muslim Women?” (by the Somali-American women’s-rights activist Ayaan Hirsi Ali); “Are the Police Racist?” (by the Manhattan Institute’s Heather Mac Donald); and “Why Is Modern Art So Bad?” (by artist Robert Florczak).

We have asked Google why our videos—which contain neither violence nor pornography nor any kind of hatred—are restricted. We know that human beings, not “algorithms,” have reviewed these videos. Yet we have never received an explanation.

Prager notes that Big Tech platforms are protected by Section 230 of the CDA, which grants them immunity from lawsuits for acting as “neutral platforms” instead of publishers:

But Google and the others have violated this agreement. They want to operate under a double standard: censoring material that has no indecent content—that is, acting like publishers—while retaining the immunity of nonpublishers. When YouTube puts PragerU’s content on the restricted list, when Twitter bans conservative actor James Woods, they are no longer open forums.

Richard Hanania, research fellow at the Saltzman Institute of War and Peace Studies at Columbia University, undertook a study of Twitter political bias and concluded: “My results make it difficult to take claims of political neutrality seriously. Of 22 prominent, politically active individuals who are known to have been suspended since 2005 and who expressed a preference in the 2016 U.S. presidential election, 21 supported Donald Trump.”

Prager takes issue with conservatives not willing to stand up against the Masters of the Universe, because such ideological censorship wouldn’t be accepted anywhere else in society:

The unwillingness of some conservatives to confront some of the most dangerous attacks on free speech in American history is disturbing. Do they think Google, Facebook and Twitter—the conduits of a vast proportion of the free world’s public information—don’t act on their loathing of conservatives?

If the four major U.S. airlines announced they would not allow passengers carrying The Wall Street Journal to travel to some American cities, would any conservatives or libertarians defend the airlines’ right, as private companies, to do so?

Read the full op-ed in the Wall Street Journal here.