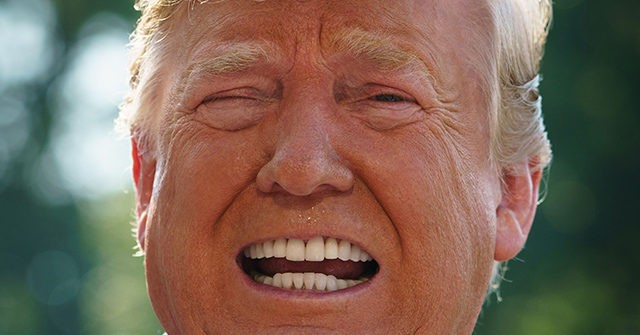 “I think that Republicans are going to be great and lead the charge along with the Democrats,” Trump said.

Trump said Senate Majority Leader Mitch McConnell (R-KY) was “totally on board” with the idea and said that even “hard-line” Senate supporters of the Second Amendment were interested in the idea.

The president called for “intelligent” background checks that would possibly help keep weapons out of the hands of mentally ill individuals.

He confirmed that he spoke with Wayne LaPierre of the National Rifle Association about the issue and suggested that he could even oppose the organization on the issue of expanded background checks.

“We’ll see where the NRA will be but we have to have meaningful background checks,” he said.

Trump remained optimistic that the NRA would not oppose him on the issue.

“I think I could but I don’t think I’ll be there,” Trump said regarding the possibility of opposing the NRA.

He said that “in the end,” the National Rifle Association would either support his proposals for more background checks or even be “neutral” on the proposed legislation.

Trump said that Congressional leadership was working together on background check proposals and would probably move forward on something when they returned from their August vacation.

“I don’t think we’ll need to call them back,” he said.

« Is China Hoarding Food, Gold And Other Commodities In Anticipation Of A Global Collapse?Hong Kong Airport Braces for Sit-In Protest Lasting All Weekend »