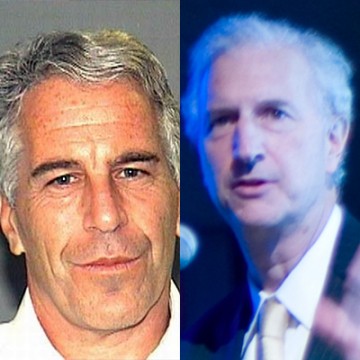 Convicted sex abuser Jeffrey Epstein and Ira Magaziner often flew together, according to a GoLocalProv.com review.

The senior Magaziner is a close friend and adviser to Bill and Hillary Clinton and presently leads the Clinton Health Access Initiative.

Magaziner repeatedly flew on Epstein’s jets and his personal phone number and private email were in Epstein’s “black book.”

Magaziner is one of the top business consultants in the United States.

He is recognized as the innovator behind Brown University’s curriculum, which he helped to develop as an undergraduate.

Flight Logs: Magaziner flying with Epstein in September of 2002

Magaziner has close ties to Clinton. During Clinton’s presidency, Magaziner was Senior Advisor for Policy Development leading the Clintons' effort for a national healthcare policy.

After his White House career, Magaziner chaired the Clinton Climate Initiative and the Clinton Foundation HIV/AIDS program, with its focus on Africa.

One set of flights with Epstein was in September of 2002 in Africa that included a landing in Dubai. Besides Magaziner and Clinton, the flight log lists supermodel Naomi Campbell, and actors Kevin Spacey and Chris Tucker.

Flight logs have been released by a series of court orders tied to other litigation involving Epstein and his longtime companion Ghislaine Maxwell.

On another set of flights in 2003, the senior Magaziner traveled again with Epstein and Clinton in mainland China — to Chengdu, the capital of Sichuan province and then to Hong Kong.

Another insight into Epstein’s network of friends and influencers was uncovered when his so-called ‘Black Book” was released. The book made headlines in the NewYork Times, Vanity Fair and Vox.

A GoLocal review found that Magaziner’s name was listed and his email was not that of his Clinton email, but his private consulting firm — SJS Advisors or SJS Inc. 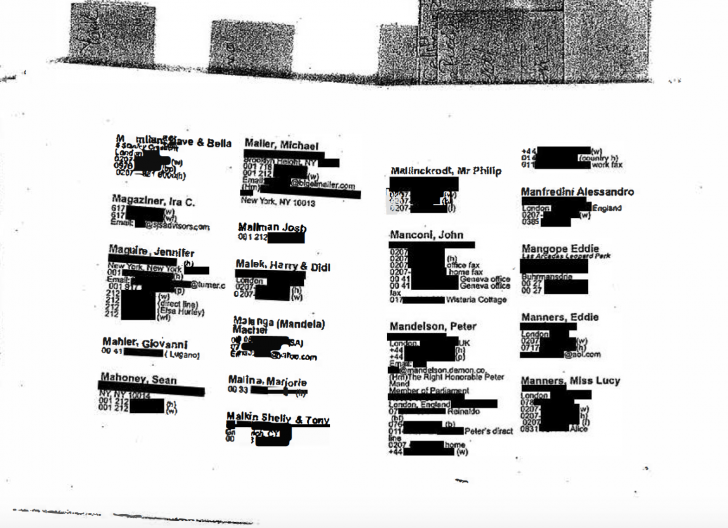 
SJS is a Rhode Island company created in 1990 according to business records of the Rhode Island Secretary of State's office.

According to filings, Magaziner is the president of SJS and the address for the business is his $3 million estate owned by Magaziner on Poppasquash Point in Bristol —complete with pool and basketball court.

According to Bristol tax assessor information, the home has 6 bedrooms and 5.5 baths. 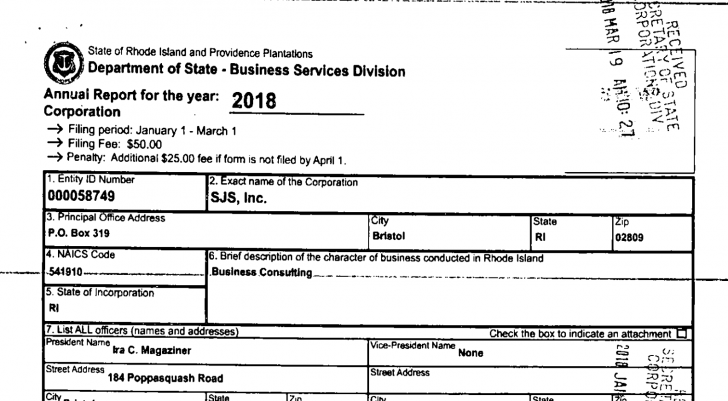 SJS -- company registered to Magaziner and his home


Efforts to reach Magaziner have been unsuccessful. GoLocal emailed Magaziner both at his Clinton email and his personal consulting email. Neither bounced back and neither was responded to.

The press office at the Clinton initiative first responded with an email:

Thanks for reaching out. What are you looking to speak with him about and what is your deadline?

GoLocal emailed Lachapelle a series of questions and she did not respond.  She formerly worked on the staff of Rhode Island United States Senator Jack Reed.

« BREAKING….. Prison Employee Guarding Epstein WAS NOT a Correctional Officer! (VIDEO)‘Shrieking’ Heard From Epstein’s Jail Cell The Morning He Died »