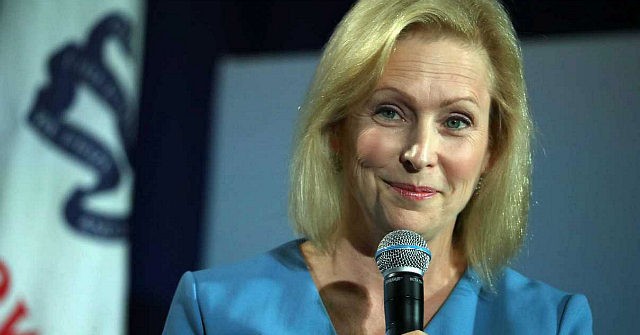 Poppy Harlow said, “So on the assault weapons issue, you have talked openly about being in favor of an assault weapons ban. I’m interested if you are supportive of a mandatory buyback program for assault weapons. It was brought up first by Eric Swalwell, who was running for president in your party. Cory Booker has talked about that. Some are gone as far as to say not only should it be a mandatory buyback of assault rifles, but there should be criminal prosecution for those who don’t sell them back. Is that something you support?

Gillibrand said, “I think we should ban assault weapons as well as large magazines. As part of passing that ban, do a buyback program across the country so that those who own them can be compensated for the money they spent. But I think both of those ideas are strong.”

Harlow pushed, “The next prong of that is, if you’re supportive of a mandatory buyback, then the next step is that you then prosecute, criminally prosecute those who don’t sell them back, which could result in jail time for those individuals. Are you supportive of that?