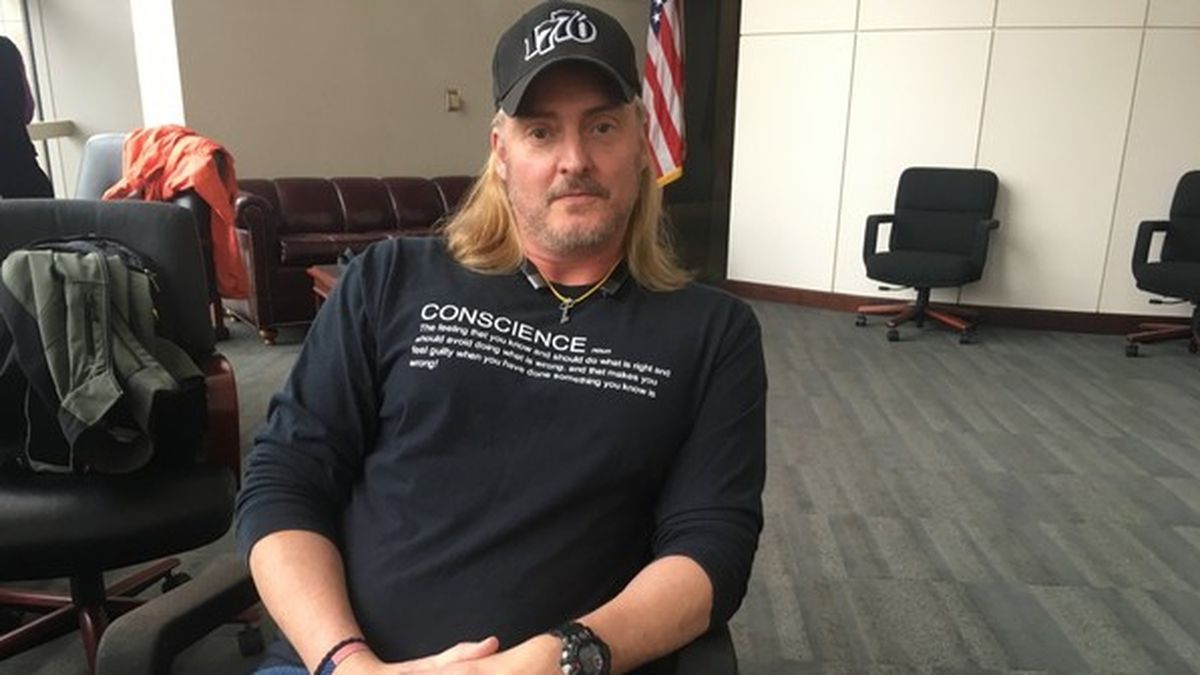 A mistrial was declared Friday in the federal prosecution of a Columbia City man accused of willfully failing to file income tax returns from 2011 and 2014.

The 12-member jury, made up of eight women and four men, couldn’t come to a consensus after deliberating for nearly 11 hours over two days, stuck on the key question of whether Michael E. Bowman intentionally failed to follow the law.

To prove Bowman willfully didn’t file his tax returns, prosecutors needed to show that Bowman did so deliberately, despite knowing it was against the law.

Bowman and his defense lawyer Matthew Schindler argued that he held a “good faith belief’’ that the First Amendment of the U.S. Constitution, the Oregon Constitution and the federal Religious Freedom Reformation Act either permitted or required the federal government to accommodate his religious objection to funding Planned Parenthood and paying for abortion.

The hung jury in the unusual misdemeanor tax trial marks a blow to prosecutors, who had argued that Bowman was flouting the law simply because he disagreed with it. It follows a judge’s dismissal in April 2018 of a felony tax evasion charge against Bowman for tax evasion due to lack of evidence. The government could retry Bowman but hasn’t said if it will.

During his closing argument, Bowman’s lawyer called the prosecution a colossal waste of time and money and spent days blasting the Internal Revenue Service for failing to do its job and not collecting one dime owed from his client, who hasn’t filed an acceptable federal tax return since 1999. He noted that was in stark contrast to the Oregon Department of Revenue, which has cleaned out Bowman’s bank account and continues to collect taxes owed.

Prosecutors argued that Bowman had been advised repeatedly by state and federal officials about his need to file tax returns.

“The defendant by 2011 knew exactly what the law required,’’ Assistant U.S. Attorney Donna Maddux told jurors, noting that the IRS, the Oregon Department of Revenue, and two judges in Oregon tax court made him aware of his legal responsibility.

“Mr. Bowman has persisted in not paying his fair share because he disagrees with the law…He’s been told he’s wrong. He’s just being obstinate,’’ Maddux said in her closing argument. “He thinks the law should adjust to him.’’

The prosecutor argued that the most compelling evidence against Bowman was a ruling from an Oregon tax court judge in May 2005, in which the judge wrote that federal tax law clearly established that a person’s religious beliefs don’t provide a basis for avoiding taxes.

What’s before a federal jury in a trial that began Monday is whether Michael Bowman acted willfully in not submitting tax returns to the federal government between 2011 and 2014.

Maddux cautioned jurors not to be swayed by “the world according to Michael Bowman.’’

“He can’t pick and choose how laws apply to him,’’ she said. “That’s not how this country works.''

But Bowman’s lawyer told jurors that his client couldn’t be found guilty simply because he’s wrong about the law.

Bowman, who turns 55 on Sunday, took the witness stand on the last day of trial and testified for more than three hours. The self-employed computer software engineer said he’s not against the federal tax system and believes it’s important to fund the military, the U.S. postal service and the nation’s infrastructure. He’s also not opposed to a woman’s right to choose to have an abortion, he said.

But Bowman became animated when he described how adamantly opposed he is to paying the government to help fund abortion, which he morally opposes.

He said he believes the government needed to make a religious accommodation for him so he wouldn’t have to pay taxes that went to support Planned Parenthood. He suggested the IRS could have simply allowed taxpayers like him to check a box on a tax return if they don’t want their tax dollars to fund abortion.

“I am not here because I don’t want to pay taxes,’’ Bowman told the jury. “I do not want to contribute to killing kids. No laws should interfere with my rights of conscience.’’

Federal law prohibits government funding for abortion, except in cases of rape or incest or to save a woman's life, but Schindler previously cited in court a Congressional Budget Office estimate that the government paid $450 million in 2014-15 to Planned Parenthood, which performs abortions in addition to providing education, contraception and other forms of reproductive health care.

Bowman said he believed that the words of the state Constitution and the 1993 federal Religious Freedom Reformation Act protected him: “Government shall not substantially burden a person’s exercise of religion even if the burden results from a rule of general applicability…”

The trial began Monday, with testimony heard through Wednesday and closing arguments Thursday morning. The jury got the case about noon on Thursday.

By Friday afternoon, the jury informed U.S. District Judge Michael J. Mosman they couldn’t come to an agreement on whether Bowman acted willfully. The judge discharged the jury at 1:45 p.m. Friday

Bowman said he was having a drink downtown when his lawyer called him with the news of a hung jury.

"I will continue in good faith to get people to understand that all of us are responsible for our own conscience,'' Bowman said. "All of us should be free to do what we want to do unless we’re hurting someone else.''

Visit subscription.oregonlive.com/newsletters to get Oregonian/OregonLive journalism delivered to your email inbox.